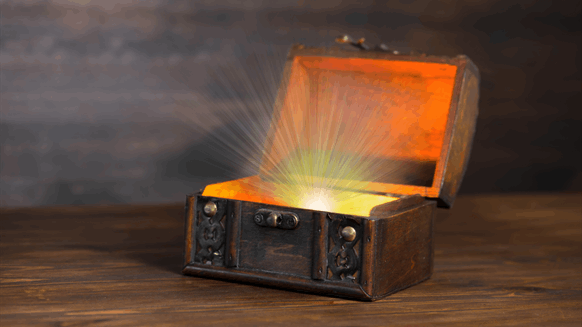 Bahrain's oil minister says the estimated oil reserves in a newly discovered field, the kingdom's largest ever, is at least 80 billion barrels of tight oil.

MANAMA, April 4 (Reuters) - A new discovery off the coast of Bahrain is estimated to contain at least 80 billion barrels of tight oil, the kingdom's biggest ever find, its oil minister said on Wednesday.

Bahrain said on Sunday it had discovered extensive tight oil and deep gas resources off the west coast of the kingdom.

Tight oil is a form of light crude oil held in shale deep below the earth’s surface that is extracted with hydraulic fracturing, or fracking, using deep horizontal wells.

He said he was not sure yet how much of the estimated 80 billion barrels was recoverable, but the kingdom aims to attract foreign oil and gas firms to develop the resources.

"The newly discovered resource, which officials expect to be ‘on production’ within five years, is expected to provide significant and long-term positive benefits to the kingdom’s economy – both directly and indirectly through downstream activities in related industries," Bahrain's National Communication Centre said in a statement.

Sadad al-Husseini, a former senior executive at Saudi Aramco and now an energy consultant, said the discovery was positive news for Bahrain, but more data gathering, evaluation and well testing needed to follow to determine whether there are any future commercial opportunities in the resources.

"Converting resource estimates to reserves is an intense and costly process and not all the resources may ultimately be upgraded to reserves," he said.

"The additional drilling and data gathering will serve to improve the accuracy and reliability of the estimate."

Bahrain, which is rated junk by all three major credit rating agencies, revealed the oil discovery just a few days after yields on its international bonds spiked as investors became more concerned about its rising public debt levels.

Officials did not give a specific figure on Wednesday for expected production levels from the new field, but the daily Al Ayam quoted the head of the financial and economic committee in parliament, Abdulrahman Bu Ali, as saying output was expected to be 200,000 barrels per day.

The small non-OPEC Gulf oil producer, with around 124.6 million barrels of proven reserves, gets it oil revenues from two fields: the onshore Bahrain field, and the offshore Abu Safah field, which is shared jointly with Saudi Arabia.

The Bahrain field, produced around 50,000 bpd in 2015, according to the U.S. Energy Information Administration. Bahrain and Saudi Arabia split annual revenues from the 300,000 bpd Abu Safah offshore field where production is overseen by Saudi Aramco.

The Bahraini government earned $4.3 billion in oil and gas revenue last year and ran a budget deficit of $2.7 billion.