Azeris and Armenians Plunge Into War 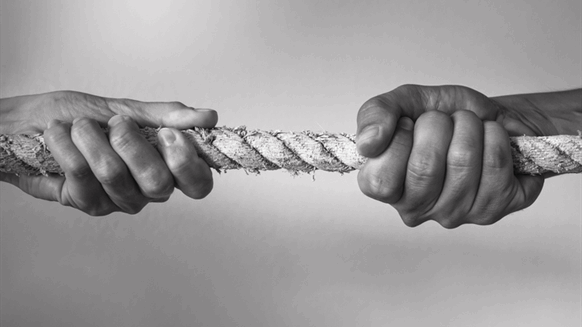 Intense fighting between Azeri and Armenian forces continued Monday after a simmering decades-long conflict over disputed land erupted into war in the strategically significant region.

(Bloomberg) -- Intense fighting between Azeri and Armenian forces continued Monday after a simmering decades-long conflict over disputed land erupted into war in the strategically significant region.

“We’re looking at it very strongly,” President Donald Trump told reporters at the White House Sunday, hours after clashes began over the territory of Nagorno-Karabakh. “We’ll see if we can stop it.”

Russia and international organizations including NATO, the European Union and the OSCE also called on both sides to halt fighting. Turkey backed its ally Azerbaijan and said it was ready to offer assistance. French President Emmanuel Macron spoke to the Armenian and Azeri leaders Sunday to urge them to restore a cease-fire.

Conflict has broken out repeatedly in the Caucasus region since Armenians took control of Nagorno-Karabakh and seven surrounding districts from Azerbaijan in a war after the Soviet Union collapsed in 1991. Hundreds died in 2016 before Russia pressured both sides to resume a cease-fire it first brokered in 1994. Armenia and Azerbaijan clashed again across their state border in July.

Russia and Turkey have links to different sides, adding to tensions between them over proxy conflicts in Syria and Libya. Russia has a mutual-defense pact with Armenia and a military base in the republic, while Azerbaijan hosted large-scale joint military exercises with Turkish forces last month.

The region contains energy and transport projects that connect central Asia to Europe bypassing Russia, including a BP Plc-operated oil pipeline that runs less than 50 kilometers (30 miles) from the conflict zone and carries as much as 1.2 million barrels daily from Baku to Turkey’s Ceyhan. While it hasn’t been targeted in previous conflicts, the pipeline may be vulnerable to any shift in the fighting between Armenian and Azeri forces.

Russian President Vladimir Putin expressed “serious concern about the renewal of large-scale military conflict” and called for a halt to hostilities in a phone call Sunday with Pashinyan, according to a Kremlin statement.

“Turkey stands by its Azeri brothers with all its means,” Turkish President Recep Tayyip Erdogan said on Twitter after he spoke with Aliyev.

Despite decades of mediation by the U.S., France and Russia, the two sides have never signed a peace agreement. Armenia says the right of the internationally unrecognized Nagorno-Karabakh Republic to self-determination should be respected, while Azerbaijan says its territorial integrity must be upheld.

The Azeri Defense Ministry said its forces destroyed 22 Armenian tanks and other armored vehicles as well as 15 air-defense systems and 18 drones. It said it took some territory north of Nagorno-Karabakh without loss of any of its troops in the fighting, while five civilians died.

At least 31 Armenian servicemen and two civilians died, the Nagorno-Karabakh Defense Ministry said, while its forces hit 33 Azeri tanks, four helicopters and 27 drones. A number of positions that had been lost during intense battles were restored, Arayik Harutyunyan, the Nagorno-Karabakh president, said.