Atlantic Hurricane Season Could Get Busier 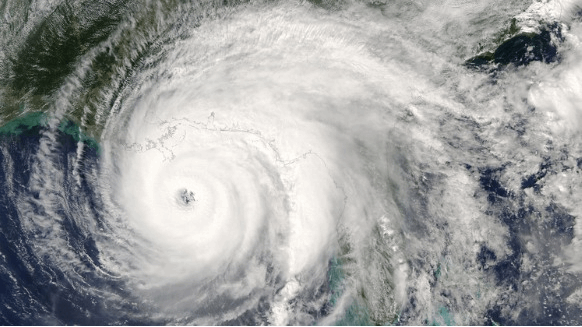 Last week, both the US National Oceanic and Atmospheric Administration and Colorado State University upped their overall season forecasts.

(Bloomberg) -- Another sign the Atlantic hurricane season, already on a record pace, will become more frenetic when it reaches its peak in a few weeks is all but locked into place across the Pacific.

The odds the equatorial Pacific will remain neutral or even spin up a La Nina -- when the sea surface temperature becomes cooler than usual -- have risen in the last month, the U.S. Climate Prediction Center said. In either state, the weather patterns over the Pacific actually decrease hurricane-killing wind shear across the Atlantic, allowing more storms to form and strengthen.

“We’re continuing the La Nina Watch this month,” said Michelle L’Heureux, meteorologist with the U.S. Climate Prediction Center. “The chances of La Nina this coming fall have nudged slightly upward thanks to some recent cooling we’ve seen in the subsurface and surface ocean.”

The odds of a La Nina forming from September to November have risen to 59% from 54% a month ago.

The Atlantic has already summoned up 10 storms, which is the earliest the tally has reached that level in records going back to 1851. Tropical Storm Josephine is the latest, forming Thursday east of the Leewards, the arc of islands that separates the Caribbean from the Atlantic. The season doesn’t start to reach its most active phase until Aug. 20.

Last week, both the U.S. National Oceanic and Atmospheric Administration and Colorado State University upped their overall season forecasts for the six-month season that ends Nov. 30. The U.S. said as many as 25 storms could form, while Colorado has called for 24, which would be the highest numbers since 2005’s record 28, which included Hurricane Katrina.

Warm water across the Atlantic, plus the cooler surface of the equatorial Pacific factored into the increase in storms.

If a La Nina were to form, its impacts would extend far beyond the hurricane season, however. When the surface of the Pacific cools, it creates a reaction in the atmosphere that alters weather patterns around the world.

La Nina can dry out the southern U.S. through winter, bringing cooler temperatures and storms across the north. In South America, croplands in Argentina can become more arid, while heavier rains are possible across parts of Brazil. Australia and Indonesia can also experience flooding.

To contact the reporter on this story:
Brian K. Sullivan in Boston at bsullivan10@bloomberg.net

To contact the editors responsible for this story:
Joe Ryan at jryan173@bloomberg.net
Catherine Traywick, Christine Buurma