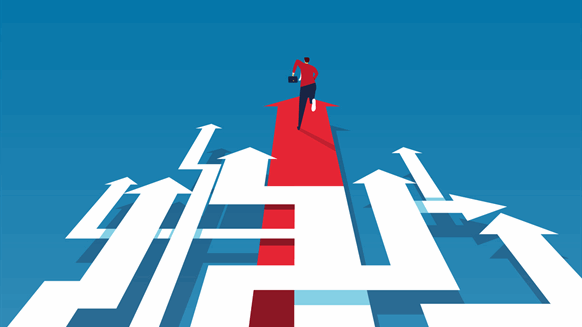 One of Iran's biggest oil customers is buying more US crude.

State-run refiner Indian Oil Corp., which had been buying U.S. crude in the spot market, signed a term tender to purchase American oil for delivery every month between November and January, according to Finance Director Arun Kumar Sharma. That will help more than double the company’s shipments from the U.S. so far this year compared to last fiscal year.

“This tender is the first step toward future imports of U.S. crude oil through term contracts,” Sharma said in a phone interview on August 8.

American oil giant Exxon Mobil Corp. is said to be courting Asian refiners with rare long-term U.S. crude export deals in a bid to expand its trading scope. Long-term contracts -- which involve the sale of cargoes of a certain quality, volume and price over a set period from as little as 6 months to multiple years -- for American oil are uncommon and most deals are done on a spot basis after a decades-long export ban was lifted in late 2015.

“Long-term contracts will be central to the U.S. strategy,” said Abhishek Kumar, a senior energy analyst at Interfax Energy in London. “That ensures the U.S. will have customers for its hydrocarbons in the medium-to-long term.”

The nation’s biggest refiner said in May that it plans to nearly double its oil imports from Iran to 7 million tons during the financial year that began in April. But Trump’s push to isolate the Islamic Republic is forcing it to prepare alternative plans. Indian Oil is still awaiting direction from its government on Iranian crude imports, Sharma said.

The ratcheting up of trade tensions between the U.S. and China could also help oil buyers in India, the world’s third-biggest crude consumer, according to Interfax’s Kumar. China’s largest refiner, Sinopec, will delay making purchases from America, while Beijing has rejected Trump’s call for its allies to cut to zero purchases from Iran.

“This presents India with an opportunity to negotiate hard, given the country’s energy needs are rising and the U.S. is a more-than-willing supplier in present circumstances,” he said.

James Ross  |  August 10, 2018
In spite of what the left community would like to believe, Trump is no fool when it comes to making trade deals. Meanwhile, what is our illustrious rainbow-socked moron Canadian PM doing about our own oil sales? Nothing. But that's not a bad thing, because given the train wrecks he has caused in recent months, its now well proven that when he does do something, it is FAR worse than when he does nothing.