As Siberian Gas Awaits US Landing, a Second Ship May Be Coming 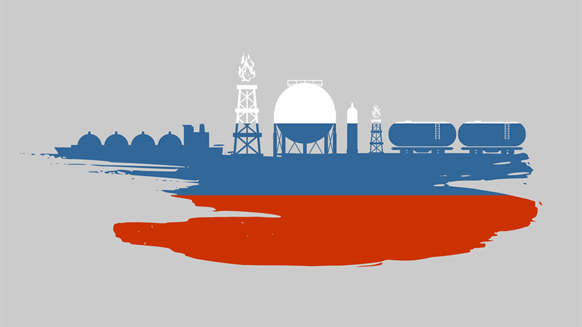 "(N)o one has been able to build pipelines from the shale plays in the Northeast to demand centers," said a Houston-based analyst.

(Bloomberg) -- A second tanker carrying Russian natural gas may be on the way to the U.S., following in the footsteps of a ship now sitting near Boston Harbor with a similar cargo.

The Gaselys tanker, which has been sitting for two days in the waters outside of Boston, carries liquefied natural gas originally produced in Siberia, according to vessel tracking data. The ship, poised to dock at Engie SA's Everett import terminal, would be the first LNG shipment from anywhere other than Trinidad and Tobago in about three years.

Now Engie is poised to pick up a second Russian cargo from northern France that may land in Massachusetts on Feb. 15, according to Kpler SAS, a cargo-tracking company. The tankers would arrive at a time when New England is paying a hefty premium for supplies as pipeline capacity limits flows of cheap shale gas from other parts of the country in the peak demand season.

The tanker named Provalys was sailing to France's Dunkirk terminal to pick up LNG on Friday and unload a small amount of it nearby in Belgium before heading across the Atlantic, the cargo tracker said. Engie couldn't be immediately reached for comment about this shipment.

Gaselys loaded its cargo at the Isle of Grain terminal near London, where another tanker had unloaded the Russian LNG. French energy giant Engie bought the cargo on the spot market "due to the high natural gas demand during the recent record cold snap," Carol Churchill, a spokeswoman at Engie's Everett terminal said in an email Wednesday.

LNG produced from Trinidad was already committed, so Engie looked for uncommitted cargoes with the proper fuel quality that could be delivered by tankers compatible with the Massachusetts terminal, she said.

"Boston needs it because there are constraints on pipeline capacity from the Gulf Coast to the Northeast and no one has been able to build pipelines from the shale plays in the Northeast to demand centers," said Jason Feer, head of business intelligence at ship-broker Poten & Partners Inc. in Houston. For the global gas trade, "it signals the continuing evolution of the LNG market from a point-to-point kind of market to a more fully commoditized market."

Spot gas for delivery on Enbridge's Algonquin pipeline into Boston and other New England city gates jumped 28 percent on Wednesday to $15.17 per million British thermal units after tripling the previous day, according to the Bloomberg assessed price. By contrast, the Dominion South Point spot price, a proxy for the country's most prolific gas producing region in Appalachia, was at $2.79. The price at Henry Hub in Louisiana, the U.S. benchmark, was $3.54.

It's hard to know how much Russian gas is in the Gaselys shipment. The actual molecules were a mix of gas of varied provenance, coming as they did from a storage tank in the U.K. that also contained fuel from Algeria, Trinidad and Tobago and Qatar, among others. What we do know is that Engie bought the cargo from Petroliam Nasional Bhd and that the Malaysian company in turn bought it from Yamal LNG operator Novatek PJSC. It was the first cargo from the Siberian plant.

The Gaselys tanker was sailing toward Boston when it made a u-turn in the Atlantic toward Spain before reversing to resume its original course. Its schedule since leaving the Isle of Grain, a global hub to import and reexport LNG from almost exporting countries, was determined by available storage space at Everett and shipping and safety protocols, Engie's Churchill said. A typical LNG tanker carries about 3 billion cubic feet.

"If there is a controversy, it should be that there is no way to move a cargo of LNG from the Gulf Coast to the Northeast because of the Jones Act," Feer said. There are no U.S. built, flagged and crewed LNG carriers, and the law prohibits fuel chilled on the Gulf Coat being loaded onto a ship for Boston. Feer noted that the U.S. already imports other Russian commodities, including Urals crude.

Engie hasn't expressed concerns about the 1920 shipping law. "No, we are not pursuing a Jones Act waiver," Churchill said previously in a Jan. 8 email.

To contact the reporters on this story: Naureen S. Malik in New York at nmalik28@bloomberg.net, Rob Verdonck in Warsaw at rverdonck@bloomberg.net.

To contact the editors responsible for this story: Reg Gale at rgale5@bloomberg.net, Joe Carroll