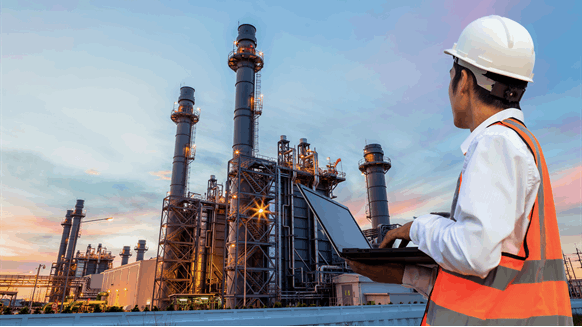 The Saudi state-owned giant, known as Aramco, is seeking to firm up its customer base and market share in Asia as it moves toward a partial listing in what could be the biggest-ever initial public offering.

The Hyundai Oilbank purchase announced Monday would be the latest in Aramco’s refining asset spree across the region in recent years, eyeing stakes in plants in China, India, Indonesia, Malaysia and Pakistan. Aramco has also taken equity positions in whole refining companies, such as its 15 percent share in Japan’s Showa Shell Sekiyu KK or its 63 percent of the common stock in South Korea’s S-Oil Corp.

“Saudi Aramco growing its footprint in the Asian refining industry is now a well-established strategy,” said Vandana Hari, founder of Vanda Insights, a Singapore-based provider of oil market analysis. “It offers security of demand for Saudi crude and enables the company to participate in downstream margins, especially in a region with high demand growth for fuels.”

Aramco, the world’s biggest oil exporter, and Hyundai Heavy Industries Holdings Co., which is selling the 19.9 percent Hyundai Oilbank stake, are expected to hold board meetings early next month to approve the deal, a spokesman for the South Korean company said. Hyundai Heavy Industries Holdings said it aims to complete 1.8 trillion won sale this year, which involves Aramco paying 36,000 won per share.

Saudi Arabia was South Korea’s biggest crude supplier last year, with shipments of nearly 876,000 barrels a day accounting for about 29 percent of total imports. From Saudi Arabia’s perspective, South Korea bought about 12 percent of its total crude exports in December, according to data compiled by Bloomberg.

Aramco aims to own stakes in refining assets with combined capacity of 8 million to 10 million barrels a day by 2028, Chief Executive Officer Amin Nasser said in an interview in December.

The sale would make Aramco the second-biggest shareholder of Hyundai Oilbank after Hyundai Heavy Industries, which currently has a 91.1 percent stake, and will help prop up the refiner’s financials, the South Korean company said in an emailed statement. Funds from the sale may also be used to invest in new businesses, it said.

Hyundai Heavy Industries has been preparing an initial public offering of Hyundai Oilbank, but that could be delayed due to the share sale to Aramco, according to a company spokesman. The holding company’s shares rose as much as 6.6 percent on Monday before paring gains to close up 3.8 percent in Seoul, the biggest gain since Nov. 6, compared with little change in the benchmark Kospi index.

Hyundai Oilbank has 650,000 barrels of daily oil refining capacity, and exports petroleum products globally, according to its website. It operates 2,400 gas stations and vehicle charging stations around South Korea. It also produces petrochemicals and has an oil terminal at Ulsan.