Aramco Said to Get Cool Response on IPO From US Investors 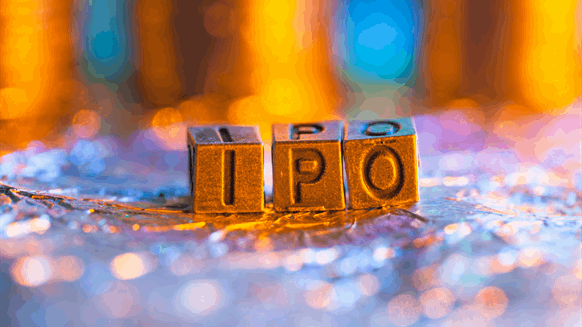 Even with a market value of $1 trillion Saudi Aramco would comfortably be the planet's most valuable company.

(Bloomberg) -- Saudi Arabia's willingness to delay the initial public offering of state oil company Aramco to 2019 has several motivations, from regulatory risk to competing projects in the government's crowded agenda.

Over the past few weeks, Aramco executives and government officials pitched their plan for what could be world's largest share sale to some of the biggest U.S. mutual fund firms and hedge funds, according to people familiar with the discussions.

At the informal dinners and meetings in New York, Houston and Washington, investors pushed back at several aspects of the deal, the people said, asking not to be identified discussing private meetings. Among the issues raised were the $2 trillion valuation Saudi Arabia wants for the world's largest oil producer, the scale of dividends Aramco's prepared to pay and the impact of the shale boom on oil prices over the next few years.

Aramco said in a statement it wouldn't "confirm or deny whether such meetings took place." The company added its policy is not to provide running commentary on the course of the IPO.

Saudi Crown Prince Mohammed bin Salman, who's made the IPO a key part of his ambitions to ready the economy for the post-oil age, is preparing to visit the U.S. for a trip that will include a White House meeting with Donald Trump on March 20. Trump has said that he's keen for the listing to come to New York, which is vying with London and Hong Kong to win the international portion of the share sale. Prince Mohammed is set to travel to Houston, America's oil capital, as part of his U.S. trip.

Aramco produces almost 10 million barrels of oil a day -- just over 10 percent of the world's total supply -- from some of the largest, lowest-cost fields in the world. Even with a market value of $1 trillion it would comfortably be the planet's most valuable company ahead of tech giants Apple Inc., Alphabet Inc. and Amazon.com Inc.

During a visit to London last week, Saudi officials signaled a possible delay in the IPO to 2019, from an original target of 2018. Oil Minister Khalid Al-Falih became the first senior official to publicly acknowledge the possibility, describing the deadline for the second half of 2018 as "artificial."

Senior officials said privately they remain committed to achieving the Crown Prince's valuation of at least $2 trillion, however, which is based on Aramco's access to the kingdom's 261 billion barrels of oil reserves. Riyadh is planning to sell about 5 percent of the company, potentially raising $100 billion and dwarfing the $25 billion banked by Chinese internet retailer Alibaba Group Holding Ltd. in 2014, currently the world's largest ever IPO.

Saudi officials hope American investors will buy a large chunk of the shares, irrespective of whether the company lists in London, New York or Hong Kong.

By aiming for a lower valuation, Aramco would be able to offer a more competitive dividend yield, making the giant share sale a more attractive proposal, some of the investors said.

Nonetheless, at one dinner, several hedge funds said they saw a wave of shale oil growth putting pressure on prices, according to people familiar with the encounter. The hedge funds also expressed concern that OPEC and Russia won't continue cutting oil production to keep prices high after the current deal expires at the end of the year.

Rudolf Huber  |  March 22, 2018
10 years ago, this IPO would have made a splash. Back then nobody even remotely questioned the rationale for an investment into this behemoth. Today there is a feeling that shale has cut off their nuts. And that this is a firesale rather than a money raiser for better business later. Who wants to be on board with that?
RELATED COMPANIES
Company: Saudi Aramco more info