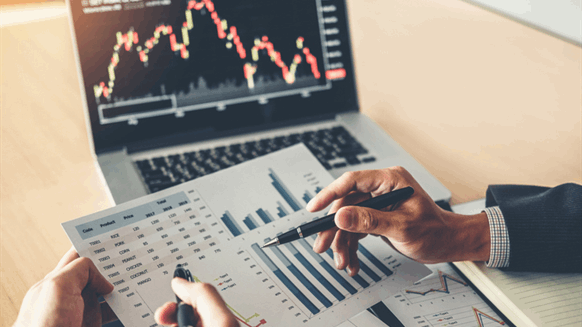 (Bloomberg) -- Saudi Arabia’s state-controlled oil giant retained its massive dividend despite a 25% plunge in profit, and signaled it would keep spending in check as it braces for deeper damage from the oil crisis.

Saudi Aramco, the world’s most valuable company, will pay a dividend of $18.75 billion for the first three months of 2020. That would leave it on track to meet its full-year goal of $75 billion, though the company didn’t specify if it was still committed to that number.

The dividend is crucial for the kingdom, which holds about 98% of Aramco and is facing its worst financial turmoil in decades. On Monday, the government tripled value-added tax and cut bureaucrats’ allowances as it looks to rein in a fiscal deficit that could reach 13% of gross domestic product this year.

At the time of Aramco’s record initial public offering in December, the dividend was a massive part of its appeal. But even back then, a stress test carried out by JPMorgan Chase & Co. showed that if oil fell to $40 a barrel and production was 9 million barrels a day, Aramco would only remain within its self-imposed borrowing target by cutting its dividend by 30% and slashing spending dramatically.

Arab Light crude last month plunged to as little as $13.34 a barrel and the kingdom has pledged to cut output to just 7.5 million barrels a day in June.

The price war started just as the first quarter was coming to an end, and the greatest impact of low prices will hit in the second quarter. That’s when benchmark prices turned negative in the U.S. and the OPEC+ alliance and others agreed to rein in production.

“We retain significant flexibility to adjust expenditures and have considerable experience in managing the business through times of adversity,” Chief Executive Officer Amin Nasser said. “This resilience will enable us to continue delivering on our commitments to our shareholders.”

Big Oil’s generous payouts have long been a key attraction for shareholders, but low prices are threatening them. Exxon Mobil Corp. froze its dividend for the first time in 13 years while slashing capital expenditure, and Royal Dutch Shell cut payouts for the first time since the Second World War.

Aramco’s income declined 25% year-on-year to 62.48 billion riyals ($16.6 billion) between January and March and refining swung to a loss before earnings and tax are included. Aramco continues to forecast between $25 billion and $30 billion of capital spending this year but expenditure for 2021 is under review, it said.

It could generate about $133 billion for the government this year across royalties, taxes and dividends, according to Credit Suisse Group AG analyst Thomas Adolff. That’s “a far cry from what it had expected originally and insufficient to cover the original government budget,” he said in a research note.

Saudi Arabia and Russia have called a truce in a crude-price war that erupted in March, with the former announcing a surprise cut on Monday that will see its output in June fall to the lowest in 18 years. Aramco also moved to prop up energy markets last week by raising prices for its customers.

Even so, efforts to contain the pandemic by shuttering swaths of the world economy continue to weigh on crude, which has crashed more than 50% this year.

Aramco has slashed spending as it focuses on protecting the promised shareholder payouts this year. The Dhahran-based company said in March that it would limit capital expenditure to $30 billion in 2020, down from previous plans to spend as much as $40 billion. As well as the dividend, major spending commitments include the first installment of a $69.1 billion acquisition of a stake in Saudi Basic Industries Corp. Aramco is buying 70% of the chemicals maker from the kingdom’s sovereign wealth fund.

“Looking ahead to the remainder of 2020, we expect the impact of the Covid-19 pandemic on global energy demand and oil prices to weigh on our earnings,” Nasser said. “We continue to reinforce the business during this period by reducing our capex and driving operational excellence. Longer term we remain confident that demand for energy will rebound as global economies recover.”