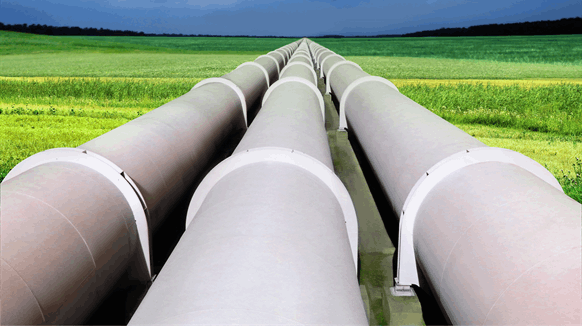 TC Energy Corp. could sell billions of dollars of assets.

TC Energy Corp. could sell billions of dollars of assets to help fund projects in Mexico and Western Canada and may even seek the divestiture of its Keystone oil pipeline to the Gulf Coast, according to analysts.

The Canadian company may look to monetize its liquids pipelines as well as smaller gas pipelines with targeted proceeds of as much as C$4 billion ($2.9 billion), RBC Capital Markets analyst Robert Kwan said in a note Monday, citing a recent meeting with TC’s Chief Financial Officer Joel Hunter.

Separately, Tudor Pickering & Co. analysts said they see the possibility of the company shoring up its balance sheet with asset sales. A sale of the liquids pipeline would be an “ESG-accretive divestiture” and “the major prize in right-sizing the balance sheet,” analyst Matthew Taylor said in a note Tuesday, upgrading his rating on the stock to buy from hold.

TC Energy declined to comment, saying in an email that it doesn’t comment on rumors or speculation.

The company has faced challenges in recent years including the cancellation of its expansion of the Keystone XL pipeline after US President Joe Biden pulled a key permit for the project on his first day in office. The company has also experienced a 70% cost overrun in the Coastal GasLink pipeline, which is being built to supply LNG Canada, a massive natural gas export project in British Columbia. TC’s stock price fell to a 19-month low in Toronto earlier this month.

The company is primarily focused on natural gas pipelines and power generation. It built the first phase of the 600,000-barrel-a-day Keystone pipeline system more than a decade ago. In recent years, concern about greenhouse gas emissions has prompted some investors to shun oil-sands assets.