Anadarko Board to Consider Occidental Bid 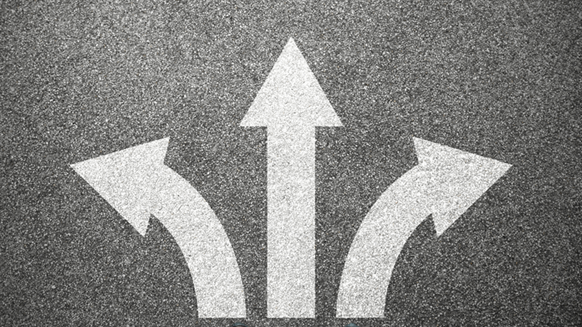 Anadarko Petroleum plans to resume talks about a potential $38 billion takeover by Occidental Petroleum, a move that threatens to scupper a previously agreed deal with Chevron.

(Bloomberg) -- Anadarko Petroleum Corp. plans to resume talks about a potential $38 billion takeover by Occidental Petroleum Corp., a move that threatens to scupper a previously agreed deal with Chevron Corp.

In a unanimous decision, Anadarko’s board of directors determined the Occidental bid "could reasonably be expected to result in a superior proposal," the company said in a statement Monday. It added that an earlier agreement to merge with Chevron remains in effect.

The move sets the stage for Chevron to come back with a sweetened offer. Under the terms of the companies’ April 12 merger agreement, if Anadarko formally declares the Occidental offer to be superior, Chevron then has four days to make another proposal. While it has ample financial firepower to top Occidental’s offer, it may opt instead to avoid an expensive bidding war. Taking the $1 billion break-up fee that’s part of their accord and walking away would be an acceptable outcome for Chevron, Jefferies LLC analysts Jason Gammel and Daniela Almeida said.

"Chevron CEO Mike Wirth’s mantra is ‘costs matter,’" the analysts wrote in a note that came out just before the Anadarko statement. "Chevron’s primary rationale for the acquisition is return enhancement, which erodes as the cost increases."

Anadarko shares were unchanged as $72.80 at 8:14 a.m. in early trading in New York, while Occidental dropped 2.5 percent. Chevron was little changed.

The tussle for Anadarko has transfixed the oil industry over the past two weeks. A takeout of the company would be the largest deal in the sector in at least four years. Chevron and Occidental are targeting the company to expand their presence in the Permian Basin, the world’s largest oil patch.

Occidental went public April 24 with a bid to buy Anadarko for $76 per share in cash and stock. That compares with Chevron’s agreement to buy The Woodlands, Texas-based Anadarko for $65 a share.

Based on the current per-share valuations of the bids, Occidental’s proposal is about $7 billion higher than Chevron’s, compared with a difference about $5 billion when the deal was first announced. “We believe our signed agreement with Anadarko provides the best value and the most certainty to Anadarko’s shareholders," Chevron said Monday in an emailed statement.

Although Occidental’s offer is higher, the company’s smaller size and balance sheet compared with Chevron have raised uncertainty over its ability to complete a deal. Unlike Chevron, Occidental would also have to put the deal to a shareholder vote.

“We believe the market has already priced in a higher bid from Chevron,” Jefferies’ Gammel and Almeida said. “We don’t expect that a sweetened Chevron bid would need to meet Oxy’s given the Anadarko board’s evident preference for Chevron stock.”

Gerald Wayne Touchstone  |  April 30, 2019
As a Chevron oil company retiree , Chevron will not re bid, They're a conservative company that studies before making a decision. This has been their pattern practically forever. Anadarko stock holders are getting a bargain.