AMLO Doubles Down to End Fuel Theft after PEMEX Explosion 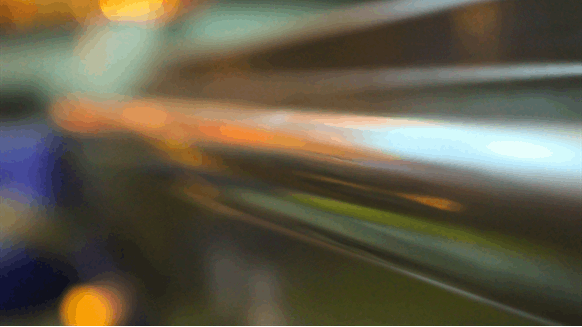 (Bloomberg) -- Mexico President Andres Manuel Lopez Obrador is doubling down on a controversial strategy to end fuel theft at Petroleos Mexicanos after a pipeline explosion caused by an illegal tap left at least 89 people dead and many injured. He joins a long line of presidents who have tried to fix Mexico’s struggling state oil producer -- with little to show for it.

The leftist leader who took office on Dec. 1 has sought to combat the $3.5 billion trade in illicit fuel by increasing pipeline surveillance, improving technology and using more tanker trucks to transport gasoline. Lopez Obrador said the explosion won’t sway him from his strategy to end fuel theft.

“Rather than stopping the strategy, the fight against the illegality and theft of fuel will be strengthened,” the president, known as AMLO, told reporters following the incident.

Hundreds of people ignored orders from soldiers and gathered in Tlahuelilpan, in the central state of Hidalgo, to steal gasoline from a pipeline leak when it caught fire on Friday. The situation swiftly became unmanageable as crowds swelled and the army was unable to control it even after sending in reinforcements. A nearly four-hour lag between the leak alert and the closure of the valves was due to protocols at Pemex, the government said. There is an investigation into whether there was corruption or negligence in Pemex’s downstream control center, Lopez Obrador told reporters during his daily press conference on Monday.

The blast is the latest in a series of problems facing Pemex, which has seen oil output decline every year since 2004 and is Latin America’s most indebted borrower. Pemex reports as many as 41 illegal pipeline taps a day and the fact that the blast occurred in spite of the government fuel theft crackdown “continues to show that the model is broken,” said John Padilla, managing director of energy consultant IPD Latin America LLC. “Every administration comes in with their magic bullet solution and they’ve all systematically failed,” he said.

Lopez Obrador isn’t the first president accused of underestimating the challenges of fixing Pemex, the nation’s biggest company. Blunders have run the gamut from Vicente Fox’s failed proposal to stock Pemex’s board with business elite including media mogul Carlos Slim, to Felipe Calderon’s investments in both the Chicontepec field and Spain’s Repsol that ended in political strife and squandered spending.

His predecessor Enrique Pena Nieto, who went so far as to change Mexico’s constitution and end Pemex’s oil monopoly after almost eight decades of nationalism, was no exception. He paved the way for Lopez Obrador’s July 1 election victory after Mexicans blamed the energy reforms for raising gasoline prices.

The new president’s recent actions have done little to persuade investors that his plans for Pemex will fare better. Convinced that eradicating corruption will cure all the problems of the ailing state-oil behemoth, Lopez Obrador appointed a political ally with no background in oil, Octavio Romero, as its chief executive. Earlier this month, Pemex’s new chief financial officer, Alberto Velazquez, bungled his first meeting with bondholders in New York.

The president’s proposal to build an $8 billion refinery in his home state of Tabasco echoes Calderon’s failed initiative to install a $12 billion refinery in Hidalgo. After racking up millions of dollars in accrued expenses, the project was eventually scrapped under Pena Nieto’s administration.

Lopez Obrador’s decision to terminate the pet project of his predecessor -- the Mexico City airport that caused almost $5 billion in wasted spending and cancellation fees -- is another example of the short-term political thinking that now threatens his own government.

The mounting cost of keeping pipelines closed and expending resources to buy tanker trucks and deploy the military is very hard to maintain over the long-term, warns IPD’s Padilla. “If there’s anything that this tragedy shows, it’s that this is a highly complicated, multipronged issue that is not going to be resolved overnight.”