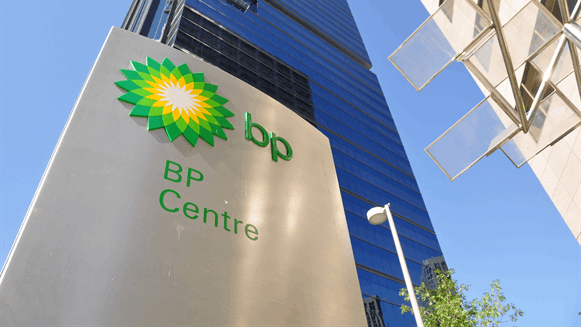 Investors and activists want to know just how much appetite he has to take on the existential crisis facing the oil industry.

(Bloomberg) -- As BP Plc’s new chief delivers his vision to transform the company on Wednesday, investors and activists want to know just how much appetite he has to take on the existential crisis facing the oil industry.

Bernard Looney’s big challenge will be to navigate BP through an energy transition with the world falling out of love with oil, and louder demands from investors to pivot toward clean energy. When climate protesters forced the company to shut its London headquarters last week, the 49 year-old Irishman promised them he would address their concerns.

BP is already taking some modest steps to address climate change, including investment in renewables and selling some of its most carbon-intensive assets. But it remains an oil major through and through, still very much the company that tapped the first fields in Iran early in the last century and drilled wildcat wells on the Alaskan frontier more than 60 years ago.

Undertaking a truly radical move -- such as Repsol SA’s pledge to achieve net-zero emissions by 2050 -- would be a historic, and controversial shift for the oil industry. It might satisfy the company’s activist investors, but could displease the many shareholders that still demand hefty dividends.

“The challenge will be how to solve decarbonizing its portfolio while at the same time sustaining growth if this means divesting high-carbon assets that also generate material cash flow,” said Christyan Malek, head of European oil research at JPMorgan Chase & Co.

BP has been here before. In the early 2000s, the company rebranded itself as “Beyond Petroleum,” but big investments in solar power largely failed. In one of his last interviews before leaving office, Looney’s predecessor Bob Dudley warned against Big Oil moving too fast on new technologies to counter climate change, because their failure could lead to financial ruin.

Looney is embracing a different style to Dudley. He’s often seen in jeans and open-necked shirts with his sleeves rolled up. He recently joined Instagram, where he talks about climate change.

“All of the anxiety and frustration of the world at the pace of change is a big deal. I want you to know we are listening,” Looney said in a Instagram post this week. He will on Wednesday set out “the role we aspire to play in the world,” BP said on its Twitter account.

That’s allowed expectations to build, and investors and analysts see Looney announcing a sharp turn toward cleaner operations and fuels.

Activist shareholders will be scrutinizing his every word. Top of their agenda will be how Looney plans to deal with so-called Scope 3 emissions, which tackles greenhouse gases from the fuels BP sells. Dudley opposed the idea of setting a target for customer’s pollution. But with Royal Dutch Shell Plc, Total SA and Repsol taking responsibility for Scope 3, BP is under pressure to follow suit.

“BP has been on the wrong side of this issue and we would encourage bold leadership from the new CEO to embrace not only Scope 3 emission targets but a net-zero goal,” said Adam Matthews, director of ethics and engagement for the Church of England Pensions Board.