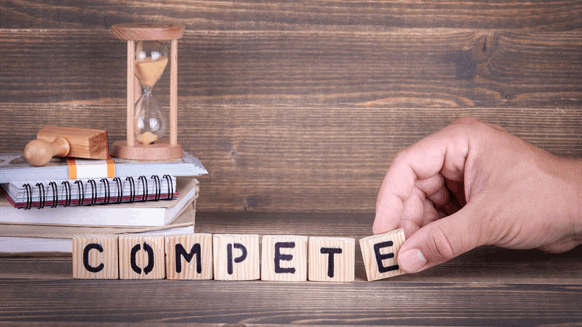 Pipelines are full, but the cost of shipping oil by train to the U.S. means it's not competitive with supplies from shale or Mexico.

(Bloomberg) -- Trying to fix the crude market has been hard enough for OPEC. Alberta’s go at it is proving a bigger challenge than the oil-rich Canadian province anticipated.

Since mandatory production cuts were announced in December, local heavy crude has gone from too cheap to too expensive. While pipelines remain as full as ever, the extra cost of shipping the oil by train to the U.S. means it’s not competitive with supplies from American shale fields or Mexico.

On Monday, Alberta dialed back the cuts for the third time since they were implemented in January. But come Thursday, the discount on Western Canadian Select oil was even less appealing for crude-by-rail than when the week started: It was less than $10 a barrel below West Texas Intermediate futures for the first time in more than a month.

“It now appears that the government may have overshot slightly,” Kevin Birn, IHS Markit’s director of North American crude oil markets, said in a phone interview in Calgary. “The market is always going to be more complicated than people anticipate.”

WCS needs to trade at a discount of at least $15 a barrel to Mexican Maya, a similar type of crude, to make it worthwhile to ship it to the Houston area, Birn said. The gap is currently less than $13. Canadian producers, on the other hand, say the discount to the U.S. benchmark would need to be $15 to $18 a barrel. It’s at $9.85.

As a result, Canadian crude shipments by rail fell by almost 50 percent to 144,000 barrels a day in February, Genscape Inc. said earlier this month.

This week’s easing of Alberta’s curtailment brought the cuts to 175,000 barrels a day, little more than half the initial 325,000. The province plans to reduced the restriction by 25,000 barrels a day in May and another 25,000 in June, saying that warmer weather will allow producers to cut back the volume of diluent needed to make oil-sands bitumen flow through pipelines.

Part of the reason the phaseout isn’t helping make crude-by-rail more competitive is that, as temperatures get milder, producers are beginning to carry out maintenance at oil-sands sites -- something work crews typically avoid in the dead of winter. In other words, even though the province is letting companies produce more, many will temporarily produce less.

The government of Alberta didn’t immediately reply to requests for comment.

On top of the issue of pricing and timing, the amount of crude that can be shipped by rail changes from month to month due to weather and other factors. There is a “small margin of error” and “lots of moving parts,” Birn said. What’s more, the government doesn’t know if changes to curtailment have worked until the next trading cycle in a month’s time.

Ironically, the world has rarely needed Canadian oil as much as now because the other major heavy-crude producer, Venezuela, has seen its shipments to the U.S. drop to zero amid sanctions. OPEC countries like Saudi Arabia are also cutting heavy-crude supplies as part of their own strategy to influence prices.

That’s no help, though, if the Canadians can’t get their crude to U.S. refineries.