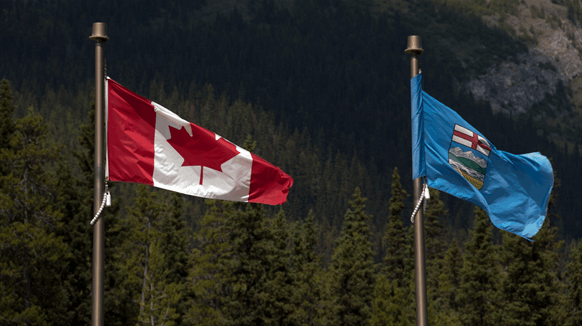 Alberta's two-year experiment with OPEC-style crude production curbs is coming to an end.

(Bloomberg) -- Alberta’s two-year experiment with OPEC-style crude production curbs is coming to an end after a Covid-driven collapse in demand led the Canadian province’s battered oil-sands industry to idle more output than required.

A cap on production that’s currently at 3.81 million barrels a day will no longer be in effect in December, with output below the limit for several months, the provincial government said in a release on Friday. An increase in pipeline capacity this year also means the province is no longer struggling to store stranded crude.

“Current forecast show that inventories are expected to remain low, with sufficient export capacity to allow the system to operate efficiently on its own well into 2021,” the Alberta government said in the statement.

Home to the world’s third-largest crude reserves, the Canadian oil sands have been hit hard by this year’s virus-driven market crash after years already struggling with insufficient pipeline capacity and competition from U.S. shale.

Alberta imposed output limits on large oil producers at the beginning of 2019 after a storage glut formed due to a pipeline shortage, causing local oil prices to plummet. The move was controversial: welcomed by some oil-sands companies such as Cenovus Energy Inc., while criticized by others including Imperial Oil Ltd.

The government said experts don’t expect production in Western Canada to be above pipeline capacity before the middle of 2021 at the earliest, and storage levels are expected to remain low. As of the end of last week, inventories were at about 20 million barrels, according to data-provider Genscape Inc. When production limits were introduced in 2019, inventories had been approaching 40 million barrels.

The lifting of quotas could widen heavy Canadian crude’s discount to benchmark West Texas Intermediate futures to $14 to $16 a barrel as an incremental 120,000 to 150,000 barrels a day of crude production comes online, Manav Gupta, an analyst at Credit Suisse Group AG, said in a note. The discount has been near $10 for the past several months.

A challenge for Alberta has been limited pipeline space for export capacity. While no new export pipelines have been built since the quotas were imposed, three major projects are under construction and existing pipelines are shipping out more oil than in the past. TC Energy Corp.’s Keystone pipeline will be able to export an additional 50,000 barrels a day next year using so-called drag resistance agents.

The government will continue to monitor inventories and may resume monthly oil production limits “if emerging market conditions make it absolutely necessary,” the provincial government said. If forecasts show inventories approaching maximum capacity in the upcoming four to six months, the government will implement output limits again. In this scenario, the industry will receive 30 to 60 days of advance notice so companies can plan their production.

David Northam  |  March 05, 2021
Every barrel of oil brought out of the ground loses dollars because it is Canadian and the oil incapable of getting to a port to export. This is a failure of the Canadian Government. Taxes are lost