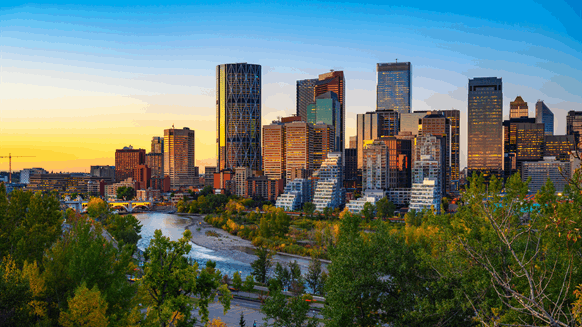 Danielle Smith, who won 53.8% support of United Conservative Party members on the sixth ballot of a leadership contest, will replace Jason Kenney as Alberta’s premier. Kenney resigned in May after securing only a bare majority of party members in a leadership referendum.

Smith’s election on Thursday likely heralds a confrontation with Prime Minister Justin Trudeau’s government in Ottawa. Smith, a former leader of the upstart Wildrose Party, has pledged to pass legislation allowing the province to ignore federal laws or policies deemed by the Alberta legislature as violating provincial rights, including Covid-19 restrictions and mandatory cuts to greenhouse gas emissions.

“We will not have our resources landlocked or our energy phased out of existence by virtue-signaling prime ministers,” Smith said in her victory speech. “No longer will Alberta ask for permission from Ottawa to be prosperous and free.”

Smith’s proposed Sovereignty Act was roundly criticized by her main rivals in the leadership contest, as well as Kenney -- who said the legislation would stymie investment and make Alberta a “banana republic.”

After a dearth of capital spending following the 2014 oil price crash, Alberta has benefited from the surge in oil and gas prices over the past year, particularly since Russia’s invasion of Ukraine. The province -- home of Canada’s oil sands, the world’s third-largest crude reserves -- is forecasting a C$13.2 billion ($9.6 billion) budget surplus, which will be used to pay down debt.

The sudden reversal in Alberta’s financial fortunes wasn’t enough to save Kenney, whose Covid restrictions -- while modest in comparison with other Canadian provinces -- generated fierce opposition from many conservatives. He was also criticized for not pushing back harder on Trudeau’s environmental policies.

Smith will now have to prepare for a provincial election next year, when former Premier Rachel Notley hopes her New Democratic Party can capitalize on divisions on the right and stage a comeback. Some polls have shown that the NDP, which governed from 2015 to 2019, has a shot at retaking power.

Asked about the potential for clashes with Alberta under Smith’s leadership earlier this week, Trudeau demurred.

“I look forward to working with the next premier of Alberta,” the prime minister told reporters. Trudeau vowed to work with all provinces to “fight for better opportunities for people, grow the economy, support families with the cost of living, fight climate change and continue to build a better future.”