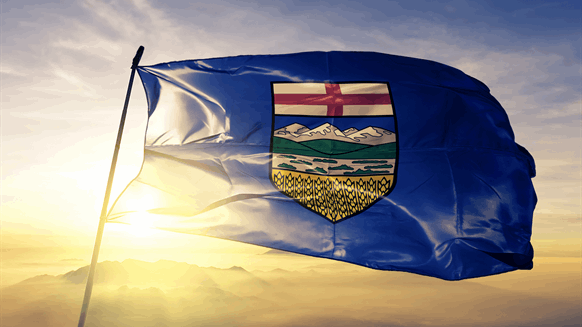 The provincial government singled out for further study six proposals to manage underground space for the storage of greenhouse gases.

The provincial government singled out for further study six proposals to manage underground space for the storage of greenhouse gases, according to a press release Thursday. If evaluations demonstrate that the projects can store carbon permanently, the companies can negotiate an agreement to inject carbon underground while still providing access to the space for other emitters.

Canada’s oil sands producers want to reduce greenhouse gas emissions from production facilities to zero by 2050. The industry has proposed a C$75 million plan centering on carbon capture and storage technologies to sequester the emissions underground.  Alberta, holder of the world’s third-largest crude reserves, invited companies to submit proposals to manage underground reservoirs for the storage of carbon dioxide.

Earlier this week, the federal government released a plan that would require Canadian oil and gas producers to reduce emissions by 42% by 2030.

The projects advanced in the provincial selection process include: