Alarm Over Virus Pushing Down Oil 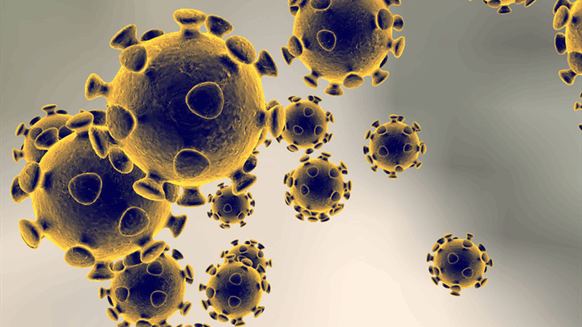 Oil extended declines from the lowest close in seven weeks on speculation China's coronavirus outbreak may dent demand as the market tackles a glut of global crude supplies.

(Bloomberg) -- Oil extended declines from the lowest close in seven weeks on speculation China’s coronavirus outbreak may dent demand as the market tackles a glut of global crude supplies.

Futures lost 1.7% in New York as Chinese officials halted travel from Wuhan, the city at the epicenter of the outbreak. U.S. industry data signaled American crude stockpiles expanded further after Goldman Sachs Group Inc. warned that the virus may lead to a hit to oil demand. Concerns over the virus also weighed on broader market sentiment with Asian stocks declining.

Oil is bearing the brunt of the anxiety due to the potential hit to travel, especially as it’s happening just before the Lunar New Year holidays, the biggest human migration in the world. The International Energy Agency says the world is “awash with oil,” while Goldman predicts the virus may crimp global demand by 260,000 barrels a day this year, with jet fuel accounting for around two-thirds of the loss, if the SARS epidemic in 2003 is any guide.

“The fear of a coronavirus pandemic depressing oil demand by curbing travel and trade is a real one,” said Vandana Hari, founder of industry consultant Vanda Insights in Singapore. Until there is word from the World Health Organization on whether to declare the outbreak an international emergency, “cautious selling will likely prevail,” she said.

China banned travel from Wuhan, a city of 11 million, in efforts to stop the spread of the new SARS-like virus that has claimed at least 17 lives so far and infected hundreds. The WHO delayed a decision on whether to declare the outbreak a public health emergency of international concern. The country is the biggest importer of oil, by far.

An emergency declaration for the Wuhan virus case could include recommendations to restrict travel or trade, a move that could cripple economic activity and crimp oil demand. In 2019, Chinese travelers made nearly 3 billion trips during the 40-day spring travel period, roughly comparable to 25 consecutive Thanksgiving travel nightmares.

The American Petroleum Institute reported a 1.57-million barrel increase in U.S. crude inventories last week, according to people familiar with the figures. Official government data on Thursday is forecast to show supplies rose by 800,000 barrels, according to a Bloomberg survey.

--With assistance from James Thornhill and Dan Murtaugh.