After Pumping More Oil for Trump, Saudis Doubt if it's Needed 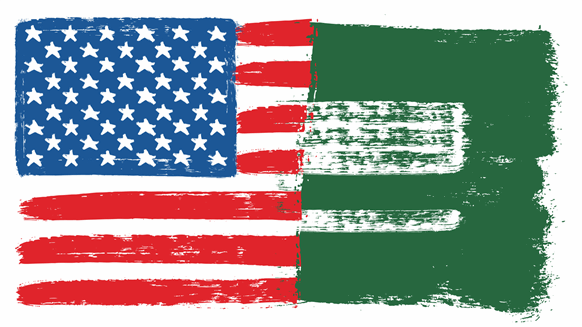 Under pressure from U.S. President Donald Trump, Saudi Arabia has rushed to boost oil production, only to discover that global markets might not yet need it.

(Bloomberg) -- Under pressure from U.S. President Donald Trump, Saudi Arabia has rushed to boost oil production -- only to discover that global markets might not yet need it.

The kingdom’s crude output surged the most in three years last month, as Trump demanded his ally’s help in cooling gasoline prices and filling in the supply gap that will be created by his sanctions on Iran. Yet the Saudis are struggling to sell as much extra oil as they’d hoped, and are privately fretting that they may have opened the taps too quickly, according to people briefed by Riyadh in the last few days.

“Saudi Arabia and several other OPEC members have increased exports sharply ahead of sanctions on Iran, and the timing mismatch between these effects is pressuring oil prices,” said Martijn Rats, managing director at Morgan Stanley in London.

A rare public statement from the Saudi Energy Ministry on Thursday could be taken as an illustration of their unease. It rejected as “without basis” any concerns that the kingdom was moving to oversupply world markets. Exports would be stable this month and fall in August, it said.

The Saudis and their allies -- which include several neighbors from the Gulf Cooperation Council and also non-OPEC producer Russia -- promised at the Organization of Petroleum Exporting Countries’ last meeting in late June to boost output by about 1 million barrels a day to offset disruptions in Venezuela and Libya, plus the looming losses in Iran.

They were reacting to pressure from Trump, who was bashing the cartel on Twitter after London crude price hit a three-year high of more than $80 a barrel in May. Prices have since retreated to about $73 as Libya restored some halted output and the escalating U.S.-China trade war stoked fears about the strength of demand.

“They’re pushing out a heck of a lot of crude right now, and they’re worried about the downward pressure on prices,” said Mike Wittner, head of oil market research at Societe Generale SA in New York. “The Saudis are trying to thread a needle right now, and the width of that needle is $70 to $80.”

Oil rose in response to the ministry’s statement and Brent crude, the international benchmark, was 0.5 percent higher at $72.92 a barrel in London as of 8:13 a.m. on Friday.

Saudi Arabia initially planned to reach record output of 10.8 million barrels a day this month, people briefed on production policy said late last month. That level was always dependent on the strength of domestic and international demand, so could end up ranging from 10.6 million to 11 million, they said.

The kingdom told fellow producers on Wednesday that output in July will be in line with June’s level of just below 10.5 million barrels a day, people familiar with the matter said.

The impact of U.S. sanctions on Iran’s oil shipments, which remains highly uncertain, will play a big part in determining the final outcome.

Since quitting the international nuclear agreement with Iran, the Trump administration has sent conflicting signals, indicating last month that it intended to choke off Iranian crude exports entirely. More recently, however, officials such as Secretary of State Mike Pompeo and Treasury Secretary Steve Mnuchin have suggested a more flexible approach could be taken.

Iranian exports are already starting to fall, with shipments to Europe slumping by about 50 percent in June, according to estimates from the International Energy Agency. A more significant supply gap won’t emerge until sanctions enter full force in November, according to the people who spoke with the Saudis, who asked not to be identified as the talks were private.

As a result, the kingdom seems to be having difficulty right now placing all the barrels it wanted to. The problem is being compounded by weak appetite for crude in Asia, where concerns are building about the strength of demand, consultant Energy Aspects Ltd. said.