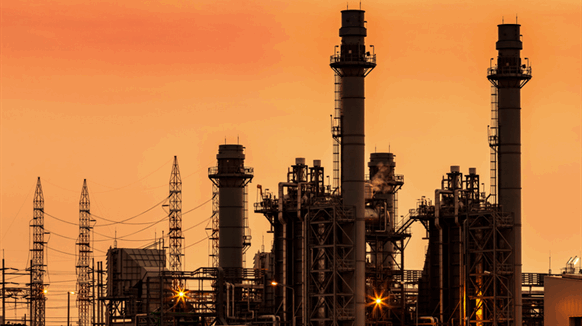 On a peninsula east of Lagos, 30,000 workers are employed on a project that holds out the promise of transforming Nigeria's economic fortunes.

It’s “a game-changing development for regional supply,” said Jeremy Parker, an analyst at Citac, a London-based consultancy on the oil refining and distribution business in Africa.

It also benefits from government backing. “We are encouraging every participant to establish refineries in this country,” Mele Kyari, group managing director of the state-owned Nigeria National Petroleum Corp, said on Tuesday. The aim is that in two-to-three years “you will see a country that will become a hub of producing petroleum products,” he said.

Still, the project has been hit by delays with the initial opening date having been projected to be 2016, then 2019. Edwin said in a webinar on Thursday that the start of operations will now be pushed back to late 2021 due to the coronavirus. Citac says the facility is unlikely to start before 2023.

It’s also entering a very competitive market at a time when refining margins are being squeezed by the collapse in oil prices. In July, profit margins for refineries were at their lowest since 2010 and Patrick Pouyanne, the chairman of Total SA, described them as “absolutely catastrophic.”

To be successful, the refinery will also need to displace the cartels that have dominated Nigeria’s fuel-import business for more than two decades, a source of wealth for the politically connected and motivation for the continuing dysfunction of domestic refineries.

Yet once up and running, it could be a strong symbol of industrial progress in a country that has had many false dawns in its quest to lessen its dependence on crude oil.

“It tips the balance in a country that is at heart very entrepreneurial,” said Antony Goldman, founder and chief executive officer of Promedia Consulting, a political risk consultancy firm. It says to Nigerians “we can make money from making things work.”

To contact the authors of this story:
Elisha Bala-Gbogbo in Abuja at ebalagbogbo@bloomberg.net
Antony Sguazzin in Johannesburg at asguazzin@bloomberg.net