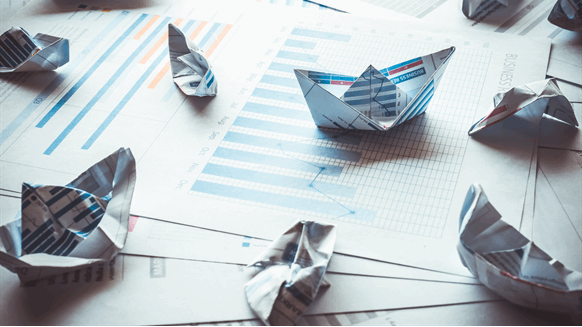 On a tropical island just off the coast of Nigeria, hundreds of engineers work around the clock to produce LNG at a plant the size of Lower Manhattan.

(Bloomberg) -- On a tropical island just off the coast of Nigeria, hundreds of engineers work around the clock to produce liquefied natural gas at a plant the size of Lower Manhattan.

Operator Nigeria LNG Ltd. says it will decide later this year whether to invest more than $10 billion to boost capacity by 40 percent. That would allow the Bonny Island terminal -- an hour’s ferry ride from the oil hub of Port Harcourt -- to export as much as 66 million cubic meters (30 million tons) a year to markets in Europe and Asia.

NLNG’s shareholders -- Royal Dutch Shell Plc, Total SA, Eni SpA and state-controlled Nigerian National Petroleum Corp. -- must weigh the benefits of expanding their profitable venture against the threat of higher taxes, pipeline vandalism in the Niger River delta and volatile gas prices. Those concerns have already delayed the project first mooted in 2012. Any further interruptions will increase the risk that Africa’s biggest oil producer misses the global transition to cleaner fuels and a chance to reduce its stuttering economy’s reliance on crude.

“Nigeria needs to take the opportunity,” said Maggie Kuang, an analyst with Bloomberg New Energy Finance in Singapore. “The next few years are critical for investment decisions. If Nigeria does not take any action, it will fall behind.”

Last year, the West African nation shipped 46 million cubic meters of LNG -- almost all from Bonny Island -- making it the world’s fourth-biggest exporter behind Qatar, Australia and Malaysia, according to data compiled by Bloomberg. It also faces competition from the U.S., Russia and Mozambique, which are spending billions of dollars to start or ramp up production.

Governments and energy traders are signing long-term contracts to guarantee supply for decades, with Sanford C. Bernstein & Co. predicting that LNG demand will double to about 1.28 billion cubic meters by 2030.

Boosting capacity at Bonny Island will require investment of about $12 billion, according to New York-based Teneo Intelligence. That will fund the construction of two processing units. The terminal currently has six units, known as trains, in which gas is compressed and cooled to 258 degrees below Fahrenheit (minus 161 Celsius), before being piped as LNG onto ships at nearby jetties.

Nigeria has no shortage of gas. Its almost 5.7 trillion cubic meters of proven reserves are the biggest in Africa, but supply to NLNG can be erratic.

Flows were reduced by 10 percent at one point last year amid shutdowns at oil and gas fields in the Delta region as thieves tapped into pipelines. Shell said this week that attacks, ranging from piracy and theft to vandalism and kidnapping, continue to put a brake on output.

Guaranteeing enough throughput for the new, larger trains at Bonny Island will require investment from gas producers to increase supply and improve security, according to NLNG.

There are also fiscal concerns, with some Nigerian politicians wanting to remove tax breaks enjoyed by the venture. President Muhammadu Buhari’s government is against such a move, which NLNG says would kill off its expansion plans.

Should that threat be averted, the business case for the LNG project is good, according to Gail Anderson, research director for sub-Saharan Africa upstream oil and gas at Wood Mackenzie in Edinburgh.

“The economics of NLNG have always been pretty robust,” she said. “It has been a tremendously successful project that accounts for a large chunk of the international oil companies’ value in Nigeria.”