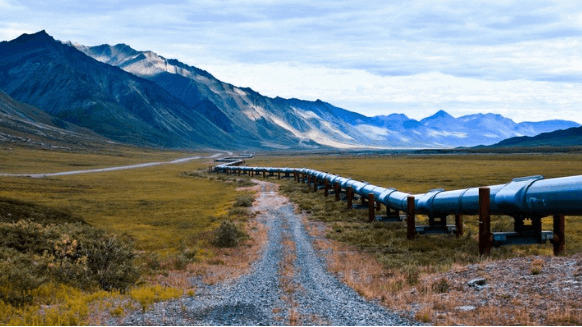 Environmental and indigenous groups are warning major energy companies of a backlash if they participate in a US government auction of Arctic refuge drilling rights.

(Bloomberg) -- More than 250 environmental and indigenous groups are warning some of the world’s biggest energy companies of a backlash if they participate in a government auction of Arctic refuge drilling rights, saying that neither the planet nor their shareholders can tolerate the risk of oil exploration in one of the world’s fastest-warming places.

The organizations, which represent at least 27 million members, made their initial push Thursday in letters asking the heads of Exxon Mobil Corp., Chevron Corp., ConocoPhillips and Hilcorp Energy Co. to forswear Arctic refuge drilling rights. The effort mirrors a lobbying campaign that already drove five of the six largest U.S. banks to rule out financing oil development projects in the region and signals the kind of public scrutiny awaiting companies that pursue drilling in the Arctic National Wildlife Refuge.

“Any company that bids on leases or expresses interest in destroying the Arctic Refuge for oil will face a major public backlash and long-lasting damage to their reputation,” warned the groups, including the Wilderness Society, Natural Resources Defense Council and Sierra Club. “The reputational, environmental, climate and economic risks of drilling in the refuge are not worth the potential harm such calamity can do to your brand.”

The campaign comes as the Trump administration charts a possible sale this year of oil and gas leases in the refuge’s 1.56-million-acre coastal plain, a rugged and remote area the size of Delaware populated by polar bears, caribou herds, Arctic foxes and more than 200 species of birds. Congress is requiring the government sell oil leases there before Dec. 22, 2021, and the Interior Department last month finalized a sweeping plan to put the entire coastal plain up for grabs.

Though the area is estimated to contain as much as 11.8 billion barrels of technically recoverable crude, few companies may be eager to look for it as low oil prices force them to scale back spending and growing concern about climate change drives industry sustainability pledges.

Environmentalists’ new pressure campaign focuses on four companies viewed most likely to seek out refuge drilling rights anyway. Hilcorp, Exxon Mobil and ConocoPhillips already produce oil and gas throughout Alaska’s north slope. And Chevron partnered with BP Plc to drill the only test well ever bored in the refuge more than three decades ago.

The activists also are planning to court asset managers, insurers and reinsurance companies with appeals capitalizing on the unpopularity of Arctic drilling, concerns about environmental justice and shareholder pressure to build more sustainable energy portfolios.

Moves to extract oil from the refuge would exacerbate the climate crisis, violate the human rights of indigenous Alaskans who live off the land and are “fraught with financial risk,” given the likelihood of long legal battles over refuge leases, the groups say in Thursday’s pitch.

Randy Welch  |  September 18, 2020
This kind of action is nothing short of terrorism.
AK-W  |  September 17, 2020
Another lawyer feeding frenzy on whale blubber & fox poo left by lazy people who "occupied" the land for centuries with ZERO eco progress! But wait.., they did legalize pot. Throw us a whale bone!