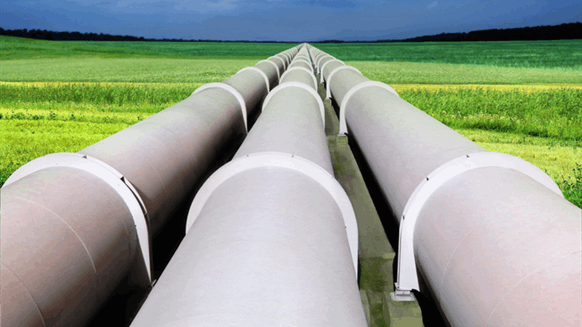 The country's ability to expand its pipeline infrastructure is being tested like never before.

(Bloomberg) -- To be an energy superpower, U.S. oil and gas requires a suitably gargantuan pipeline network that stretches for millions of miles. The country’s ability to expand that infrastructure is being tested like never before.

It’s the third such project this year to be sidelined or canceled altogether amid mounting opposition to development of coal, oil and gas. Armed with experienced lawyers and record funding, environmental groups are finding enormous success blocking key pipeline permits in court. The keep-it-in-the-ground movement has increasingly turned its attention to the pipes, rather than the wells themselves, because they require various federal and state permits, which, for the most part, can be more easily litigated.

A lack of new pipelines in areas like the U.S. Northeast, which faces gas supply constraints, may hobble some producers and potentially hasten the pace of transition to renewable energy. The demise of Atlantic Coast also casts a dark cloud on Mountain Valley Pipeline, a $4.7 billion gas project being developed by EQM Midstream Partners alongside utility giants NextEra Corp., Consolidated Edison Inc. and others.

The pipeline industry’s challenges come despite support from President Donald Trump. In his first week in office, Trump greenlighted the Keystone XL and Dakota Access oil pipelines. Last year, the White House signed an executive order aimed at short-circuiting regulators who held up gas lines by refusing permits. But the measure has so far failed to save any major projects, and Keystone XL and Dakota Access remain embattled. In February, Williams Cos. scrapped its Constitution natural gas pipeline after failing repeatedly to gain a water permit from New York. Just three months later, the company said it wouldn’t refile a state application for another gas pipeline routed through the state.

In contrast to Trump, presumptive Democratic presidential nominee Joe Biden has vowed to kill Keystone XL and is supporting a push to lower-carbon energy sources, even if it comes at the expense of oil and gas jobs.

“Investors have lost patience with big infrastructure projects, and the 2020 election poses too much risk for major projects to move forward,” said Katie Bays, co-founder of Washington-based Sandhill Strategy LLC.

When Atlantic Coast was proposed in 2014, it was expected to cost $5 billion and connect Appalachian shale gas plays with markets in the southeast. The price tag rose to $8 billion as the pipeline’s date to enter service was pushed back over and over again. The project faced opposition at various points along its route, including the proposed site of an associated plant in Union Hill, a community west of Richmond, Virginia, that was founded by freed slaves after the Civil War. Ex-U.S. Vice President and fossil fuel critic Al Gore said last year the pipeline represented “environmental racism.”

The project won a favorable ruling from the Supreme Court in June, but a long list of other obstacles remained. In the end, not only did Dominion cancel it, the company also announced Sunday the sale of almost all its gas pipeline and storage business to Warren Buffett’s Berkshire Hathaway for $4 billion, while highlighting its target of net zero carbon emissions by 2050.

“The well-funded, obstructionist environmental lobby has successfully killed the Atlantic Coast Pipeline,” U.S. Energy Secretary Dan Brouillette said in a statement. “Duke and Dominion have had to make the difficult decision to end this project because it is no longer economically viable due to the costly legal battles they would continue to face.”

The Natural Resources Defense Council was among the environmental groups hailing the decision. The organization said the project threatened waterways and its cancellation marks a victory for landowners along the proposed route.

Gas pipelines that traverse state lines have typically required more extensive environmental reviews than oil pipelines, which in turn makes them more vulnerable to legal challenges and permitting problems. But even crude lines are increasingly running into major roadblocks. The Keystone XL oil project is still stalled after more than a decade, while Enbridge Inc.’s Line 3 and Line 5 pipelines remain ensnared in court battles and regulatory pushback. Although Dakota Access is already carrying oil, it could see operations halted if a legal challenge is successful.

Even in Texas, long considered a safe haven for the oil and gas industry, Kinder Morgan Inc.’s Permian Highway Pipeline is experiencing a backlash from landowners and conservationists who argue the project would harm aquifer recharge zones.

The Supreme Court victory for Atlantic Coast offered a glimmer of hope for Mountain Valley, which has also seen delays and cost hikes as it too seeks to carry Appalachian gas out of the Marcellus shale field. But its time may be running out after two customers in May amended a 2016 agreement to terminate the deal if service doesn’t begin by the end of 2021.

Christi Tezak, managing director at ClearView Energy Partners, said she still expects Mountain Valley to get across the finish line, in part because the project is mostly constructed and faces slightly different circumstances than Atlantic Coast.

“Is the landscape more challenging? Absolutely. But for the projects that are in play right now there are situational characteristics that make them all different,” she said. “I would say that what we’re seeing is the end of a cyclical boom in energy infrastructure, combined with a trend toward lower greenhouse-gas-intensive power generation.”

To contact the editors responsible for this story:
Simon Casey at scasey4@bloomberg.net
Ramsey Al-Rikabi