A Breakthrough for Hydraulic Fracturing 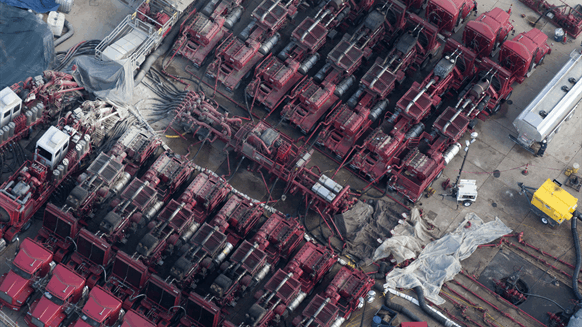 The study found that methane concentrations in the studied water supply did not increase over a period of four years, and the methane present was from plants, not fossil fuels — even while more than two thousand new horizontal wells were drilled in the region. Reached for comment, Professor Amy Townsend-Small, one of the study’s authors, emphasized that her study analyzed many water samples over “a long time series of fracking activity.” She added that “most studies before mine only sampled once.” In other words, this rigorous study showed that the massive expansion of hydraulic fracturing operations in the Utica Shale did not increase methane in the local water supply. Hydraulic fracturing advocates now have a new public message and legal tool to push back on restrictive litigation and legislation.

The study was published in May 2018 in Environmental Monitoring and Assessment by scientists from the University of Cincinnati and University of California-Irvine. Its authors measured methane in water wells near drill sites, analyzing for pH, electrical conductivity, radiocarbon dating, and isotopic composition. They found that the proportion of water-borne methane attributable to a “fossil fuel derived natural gas source” did not increase as fracking operations expanded. Instead, most methane near the sites was attributable to biogenic and bacterial sources, and that remained true even as drilling increased.

The authors began their survey of the Utica Shale play in 2012, just as fracking operations were beginning to boom. The study focused on wells in Carroll, Harrison, and Stark counties. The study authors hypothesized that methane concentration in the water supply “would increase as the number of shale gas wells in the area increased, with the isotopic composition of [methane] reflecting an increasingly fossil fuel derived natural gas source.”

Both these expectations proved wrong. Methane from fossil fuels has a different isotopic composition “fingerprint” than methane from soil or plant organic matter.

The authors found that the methane present throughout the study had a composition “indicating a biogenic [plant and bacteria-based methane] source.”  This finding was then confirmed by radiocarbon age analysis. According to Professor Townsend-Small, this means “the methane in groundwater in our study area was predominantly from a microbial source,” and was not the result of oil and gas extraction.

While recent studies from Penn State and Yale have also found that “fracking” operations have minimal impact on groundwater quality, the Utica study is unique because it is one of the first to use isotopic composition, radiocarbon dating, pH and conductivity to determine the specific sources of methane in water wells over a lengthy time.

These scientific methods have significant ramifications for E&P general counsel and operational executives. Hydraulic fracturing has fueled the arrival of American energy independence. But firms engaged in “fracking” operations remain a rich target for plaintiffs’ attorneys, and some juries have made significant awards to plaintiffs even absent evidence establishing wrongdoing by an energy company. Before a federal judge in the Middle District of Pennsylvania threw out the verdict in Ely v. Cabot Oil & Gas in March 2017, a jury awarded plaintiffs $4.2 million on a water contamination theory. That award came despite plaintiffs’ heavy reliance on an expert witness who, according to the court, “conceded that he had no direct proof of [his main theory].”

The scientific methods used in this study can refute that sort of speculative theorizing. If operators’ counsel can show that the methane present in wells near key drill sites does not increase over time and has an isotopic composition consistent with a plant (not fossil fuel) source, the ability of plaintiffs to make a case will be curtailed. These technologies can be a critical part of defeating baseless claims at an early stage.

This study will be a powerful data point for natural gas producers in battles between plaintiff and defense experts in future lawsuits. But these scientific tools are best deployed proactively. The water tests used in this study are commercially available for $450. According to Alan Langenfeld, laboratory manager at Isotech Laboratories, these tests are “considered an isotopic fingerprint of [methane] gas” that can conclusively rule out a fossil fuel origin.

The tools deployed in the study can be effective when the necessary evidence is developed after a lawsuit is filed. But early use of isotopic “fingerprinting” analysis and similar tools can establish a baseline against which later water samples can be judged. Such evidence can help defense counsel win at summary judgment, or to obtain Lone Pine orders requiring plaintiffs to make an early showing on causation in order to continue the litigation. In some venues, including the Fifth Circuit, Lone Pine orders can be obtained prior to the commencement of any discovery.

r.j. sigmund  |  September 29, 2018
this is no breakthrough...the Townsend-Small study has been discussed for years...she tested just 180 groundwater samples over 4 years (2012 to 2015)...hydrologists know that plumes of contaminants spread as a snail's pace through aquifers; it could take years for any pollution to show up..
Most Popular Articles
Oil & Gas Job Suggestion
Related Articles
Regional News
United_States
Oil and gas prices