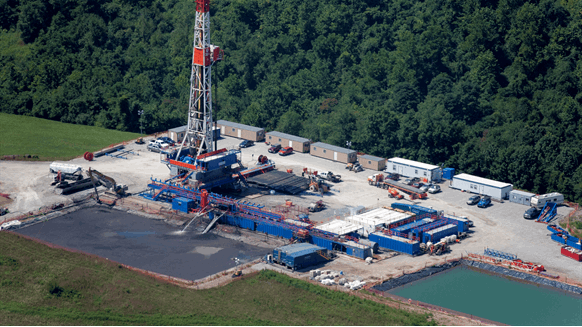 To understand why the cancellation of the $8 billion Atlantic Coast Pipeline was such big news, consider America's most important natural gas-producing region.

(Bloomberg) -- To understand why the cancellation of the $8 billion Atlantic Coast Pipeline at the start of this week was such big news, consider America’s most important natural gas-producing region.

Appalachia is home to the Marcellus shale, a major driver of the fracking boom that’s driven down prices and helped to make the U.S. a net exporter of the fuel for the first time. Production from the basin was expected to rebound as some U.S. states reopen after pandemic-driven lockdowns. But the region faces pipeline bottlenecks in the years to come, a problem only made worse by the decision by Dominion Energy Inc. and Duke Energy Corp. to abandon plans to construct what would have been a major conduit to fast-growing markets that lie to the south.

Analysts at RS Energy Group and Gelber & Associates see potential constraints in Appalachia in 2022. Gas output in the region can grow by about 12% from current levels before maxing out pipeline capacity, said Matthew Lewis, a senior director at East Daley Capital Inc. He said a bottleneck could develop sooner if drillers ramp up production to make up for the loss of so-called associated gas, which comes as byproduct from oil wells in crude-rich basins like the Permian of West Texas and New Mexico.

“You run into capacity constraints at the end of 2021 at the current forward price for oil,” Lewis said.

That could be bad news for Marcellus gas producers like EQT Corp., Cabot Oil & Gas Corp. and Southwestern Energy Co. According to Lewis, full pipelines could deepen the 2021 discount for gas at the Dominion hub in Appalachia to as much as 80 cents per million British thermal units versus the U.S. benchmark, compared with current levels of about 45 cents.

Current and potential bottlenecks highlight both the need for new pipelines and the big hurdles that the U.S. energy industry faces in building new infrastructure amid intensifying opposition to fossil fuels. The day after Dominion and Duke’s decision to cancel Atlantic Coast, citing escalating costs and delays, Energy Transfer LP was ordered by a judge to shut its Dakota Access oil pipeline, and the Supreme Court stood by a lower court’s decision blocking a key permit for TC Energy Corp.’s Keystone XL oil-sands pipeline. Environmental groups have been enormously successful at blocking pipeline approvals in court.

Appalachian gas output may average 32.5 billion cubic a day in July, according to the U.S. Energy Information Administration. That leave abouts about 4 billion cubic feet a day of spare capacity on existing pipelines to transport gas out of the region. Of that headroom, half is coming from the delayed Mountain Valley Pipeline, which is due to start up early next year, Lewis said.

The shipment of gas south from Appalachia has already been disrupted by unplanned outages on one major pipeline. Segments of Enbridge Inc.’s Texas Eastern conduit are still offline following an explosion earlier this year, and that’s creating a gas constraint about 1 billion cubic feet per day, said Anna Lenzmeier, an energy analyst with BTU Analytics.

Right now, gas can be rerouted on nearby lines, but if the Texas Eastern outage persists into winter, “it could leave gas stranded” in Appalachia, she said.

In Appalachia, pipelines to New York and New England are already maxed out in winter and will likely remain so after Williams Cos. recently scrapped two pipelines into the region.

“Outlets to local demand sources in the Northeast and Mid-Atlantic are needed if production is to keep growing,” Gelber analyst Daniel Myers said. “However, these regions have signaled that they are not open to further gas infrastructure development.”