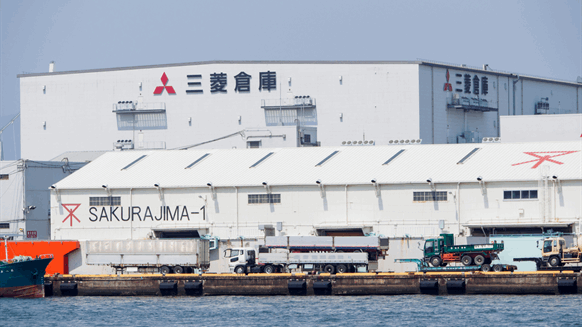 Japan's trading houses supply the resource-poor country with everything from natural gas to noodles.

(Bloomberg) -- Warren Buffett, with more than $146 billion of cash on hand, has been struggling to find attractively priced assets at home in the U.S. Now, he’s looking abroad.

The announcement late Sunday by Buffett’s Berkshire Hathaway Inc. that it bought stakes in five of Japan’s biggest trading companies marks one of his largest-ever forays into Asia’s second-largest economy. The wagers show that Berkshire’s chief executive officer, who turned 90 over the weekend, is willing to expand the company’s horizons in his search for ways to supercharge the Omaha, Nebraska-based conglomerate’s growth.

“I think this is a definite signal that Berkshire is more likely to examine and pursue potential investments internationally,” David Kass, a professor of finance at the University of Maryland’s Robert H. Smith School of Business, said. “This could be the beginning of the tip of an iceberg. There could be many more investments such as this.”

The investments into commodity-centric Japanese conglomerates known as “sogo shosha,” disclosed in a statement from Berkshire, underscore Buffett’s willingness to bet on economically sensitive companies despite the pandemic. The five Japanese companies also have interests in businesses ranging from home-shopping networks to convenience-store chains, offering Berkshire exposure to a wide swath of the Japanese economy.

Berkshire said it acquired stakes of about 5% in Itochu Corp., Marubeni Corp., Mitsubishi Corp., Mitsui & Co. and Sumitomo Corp. over the past 12 months. Shares of all five companies jumped at least 4% in Tokyo trading on Monday and Japan’s benchmark Topix index rose as much as 1.9%.

Buffett has been seeking ways to deploy his record cash pile into higher-returning assets to fuel the growth at Berkshire that’s made him famous. But he’s been stifled by high valuations for acquisitions in recent years.

Berkshire Hathaway has continued to rake in funds faster than Buffett can deploy them, a high-class problem that’s been a drag on the stock price. The conglomerate’s shares underperformed the S&P 500 index over the past decade.

While the bets are valued at more than $6 billion, they represent just a sliver, about 4%, of Berkshire’s total cash pile. But the wagers underscore that Buffett sees value in Japanese stocks, according to Kass. Berkshire’s investment comes as global investors have pulled $43 billion from Japanese stocks this year in favor of high-flying U.S. technology shares and other companies viewed as more resilient to economic turmoil.

The investments also give Berkshire more exposure to commodities. Berkshire Hathaway has recently been adding to that bet with deals including a $4 billion agreement to purchase most of Dominion Energy Inc.’s natural gas pipeline and storage assets in July.

Valuations in the sector have cheapened relative to the broader stock market in recent years, weighed down by falling commodities prices and investors’ preference for growth stocks like Amazon.com Inc. Most of the Japanese companies targeted by Berkshire trade at less than book value and offer higher dividend yields than the Topix.

“These trading companies generate strong cash flow, they pay out a lot of dividends and they have businesses that can’t be easily replicated,” said Thanh Ha Pham, an analyst at Jefferies Japan Ltd.

That high barrier to entry is key to Buffett’s investing philosophy. He’s long favored companies that have moats, or some superiority to competitors that makes it hard for others to gain traction. Sumitomo, in describing the business model for the sogo shosha, said it’s a business that’s hard to build overnight, making it challenging for new entrants.

Buffett’s wager could help bolster sentiment toward both commodity plays and Japan. The $5 trillion economy is not only grappling with a persistent coronavirus outbreak and the postponement of the Tokyo Olympics, it’s also going through a leadership transition after Prime Minister Shinzo Abe announced his resignation for health reasons last week. Before its rally on Monday, the Topix had dropped for three straight days and underperformed regional peers in 2020.

Read more:
Abenomics Era Ends With Japan’s Economy Back at Square One
Buffett Going Big in Japan Is All About the Cash: David Fickling
Buffett Sticks to Comfort Zones With His Dominion Energy Deal
Berkshire Hathaway Sells Record Yen Bond by Overseas Issuer
Buffett’s 1977 Letter Hints at Why He Likes Japan Trading Houses