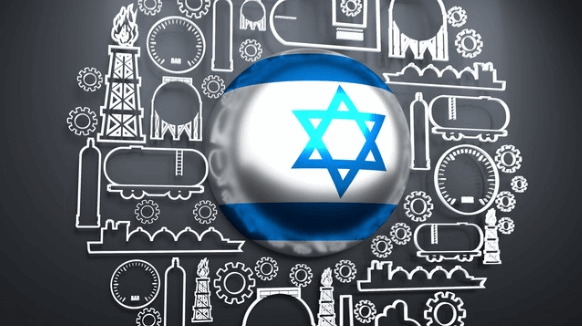 (Bloomberg) -- Israel’s energy minister is “confident” the country’s regulators will allow Chevron Corp. to operate the local natural gas assets of Noble Energy Inc., despite a campaign by environmentalists to stop that from happening.

A public hearing about oil spills elsewhere in the world involving Chevron, which agreed to buy Houston-based Noble for about $5 billion last month, is “not necessary,” according to Energy Minister Yuval Steinitz.

“With natural gas, there is no problem with spills,” he said in a phone interview on Tuesday. Natural gas is evaporating into the air “all the time. This is a natural process,” Steinitz said.

Environmental activists have tried to delay investments in Israel’s emerging gas industry before, albeit with little success. In December, hundreds of people protested over concerns that production at the nation’s biggest deposit, the Leviathan field located six miles (9.7 kilometers) from the shoreline, would worsen air quality on land.

Leviathan has a capacity of about 1.2 billion cubic feet a day of gas. But output can be increased significantly with more investment, Yosef Abu, the CEO of Delek Drilling LP, a partner in the field, told Bloomberg Television on Wednesday.

Israel’s shift to gas from coal and diesel is leading to a decrease in air pollution from the energy industry for the first time, Steinitz said. His ministry aims to cut coal use completely by 2025, replacing it with solar power and natural gas.

Israeli environmentalists claim Chevron is more tainted than its rivals when it comes to pollution. Last year, the company had to clean up nearly 800,000 gallons of oil and water that leaked in Kern County, California. In 2013, it agreed to pay $42 million to settle lawsuits over spills off Brazil’s coast.

“The Chevron track record is to cut and run and litigate rather than respect local laws,” said Yosef Abramowitz, chief executive officer of solar energy company Energiya Global, and a signatory of the appeal to reconsider Chevron’s entry into Israel. “They have a terrible track record on spills.”

In an e-mailed statement to Bloomberg, Chevron disputed Israeli activists’ claims. The company said it enhanced “important safeguards,” including 24-hour surveillance to prevent seeps, after the California spill and that it responded “responsibly and transparently” to the Brazil incident.

Israeli energy stocks have rallied since the tie-up between Chevron and Noble was announced on July 20. That’s partly because San Ramon, California-based Chevron would probably boost the Mediterranean country’s gas exports, according to several analysts. Noble rose 0.3% to $10.68 at 9:49 a.m. in New York.

Steinitz said he has since had a “very good” call with CEO Mike Wirth. The minister declined to say how the energy major would be involved with the so-called EastMed pipeline project, a 6 billion euro ($7 billion) plan to connect gas from Israel and Cyprus to buyers in southern Europe.

“If Chevron can work in Canada, in Britain, in Japan and in Australia, there is no reason it won’t be able to work in Israel,” Steinitz said. “We are not going to boycott Chevron, and we are happy that Chevron is not boycotting us.”