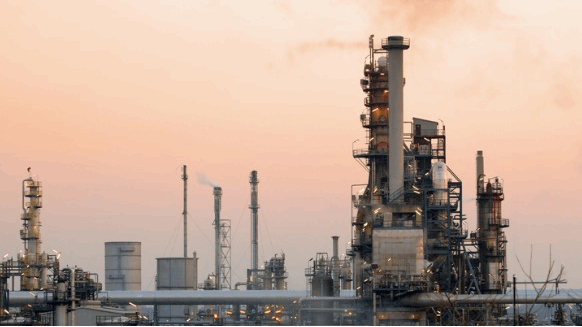 ((Bloomberg) -- China’s independent oil refiners -- who ramped up fuel production rapidly last quarter as the economy recovered from the coronavirus -- are now set to wind down activity amid weakening margins.

The so-called teapots, which account for around 25% of China’s crude processing capacity, will cut operating rates this quarter from record highs, according to almost a dozen traders and analysts. Swollen fuel stockpiles and rising oil costs are weighing on margins, while a backlog of earlier imports that’s built up due to port congestion is slowing their purchasing.

The refiners, mainly based in Shandong province, were among the first to raise run rates in late February as a rapid recovery in Chinese fuel demand and a plunge in oil prices created a processing sweet spot. They also benefited from a government policy introduced in March that set a floor for fuel prices such as diesel and gasoline at the equivalent of $40 a barrel crude prices.

With global benchmark Brent having traded above that level for most of the past month, however, the teapots have seen their advantage over their regional peers disappear at a time when fuel inventories need to be cleared.

China has been one of the few demand bright spots for global crude purchases over the last few months, so less buying from the teapots may make it harder for oil to keep rallying. However, the impact will likely be cushioned by China’s state-owned refiners raising run rates following maintenance. The nation’s seaborne oil imports rose to 11.6 million barrels a day in June, 32% more than same period last year, shipping data compiled by Bloomberg show.

“Independents’ margins fell mostly because crude prices have been rising too fast and because the $40 policy benefit was gone,” said Yuntao Liu, an analyst at Energy Aspects Ltd. “And since majors are looking to raise runs after seasonal maintenance, teapots are facing big challenges.”

Teapot margins have been negative since early last month, falling from a high of 1,243 yuan ($177) per ton in late April to minus 383 yuan per ton at the end of June, according to Energy Aspects. FGE, which uses a different method to calculate the refiner profits, estimates that margins have dropped below $5 a barrel, from $20 in late March and April, and could turn negative this quarter.

A reduction in oil-product exports by China’s state-owned refiners over the past couple of months has also added to the domestic fuel surplus. The diesel stockpile fill rate, which measures inventories as a proportion of processing capacity, at Shandong teapots rose to 34% at the end of June from 28% two months earlier, according to data from Chinese industry consultant SCI99. Teapot run rates were at 75.4% of capacity in week through July 3, down from a peak of 76.4% on June 5, SCI99 figures show.

The fuel glut has spurred some teapots to negotiate sales contracts with independent traders and retailers for delivery up to three months ahead, FGE said in a note this week. The short-term outlook for the teapots doesn’t look promising, the consultant said, as construction and manufacturing activity eases seasonally in the third quarter and as very weak jet fuel demand worsens the diesel surplus.