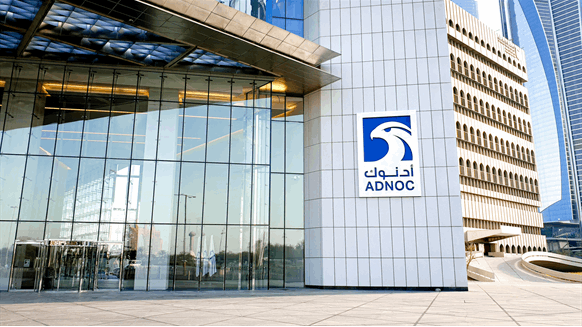 Abu Dhabi is considering bringing local investors into its natural-gas pipeline network, according to people familiar with the matter.

(Bloomberg) -- Abu Dhabi is considering bringing local investors into its natural-gas pipeline network, according to people familiar with the matter, just months after raising cash from foreign funds.

State-owned Abu Dhabi National Oil Co. is discussing moving its 51% holding in the pipelines into a special-purpose vehicle, according to the people. It would then sell about 20% of the vehicle to one or more local funds, giving them an indirect interest in the underlying assets, the people said, asking not to be identified because the information is private.

The company plans to do any deal at the same valuation as a transaction in June, when it sold a stake in the pipelines to international investors, valuing the asset at nearly $21 billion including debt, the people said. Adnoc would retain operational control of the pipeline network after the sale, according to the people.

Abu Dhabi, the capital of the United Arab Emirates, has been opening up its energy industry as it tries to generate additional sources of funding. The pipeline deals will bring in cash at a time when the emirate is grappling with this year’s plunge in crude prices.

The June deal saw Adnoc sell a stake worth more than $10 billion in its gas pipelines to a group of six investors including Global Infrastructure Partners, Brookfield Asset Management Inc. and Singapore’s sovereign wealth fund. The 38 pipelines involved in the deal span almost 1,000 kilometers (621 miles).

Adnoc has over the last four years begun restructuring some businesses, selling shares in a retail unit and adding new international partners.

“Since embarking on our co-investment and partnership strategy, Adnoc continues to attract world-class partners and leading institutional investors,” the company said in an emailed statement Tuesday. “The recent gas pipeline infrastructure transaction offered an attractive and stable investment proposition that continues to garner significant interest from the business and investment community.”

Saudi Aramco has also asked advisers to study a sale of part of its pipeline unit, Bloomberg News reported in March. That’s after the state oil producer completed an initial public offering on the local stock exchange last year.

--With assistance from Nicolas Parasie and Mahmoud Habboush.

To contact the editors responsible for this story:
Ben Scent at bscent@bloomberg.net;
Paul Wallace at pwallace25@bloomberg.net
Fareed Sahloul, Vernon Wessels