Will Venezuela Make an Oil Market Comeback in 2023? 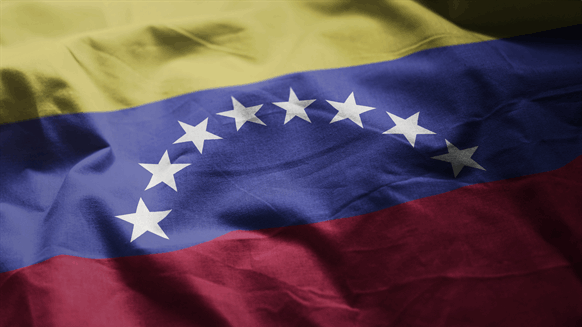 Analysts have their say.

Venezuela will not be making a big comeback in the oil market this year.

That’s what FGE thinks, according to Francisco Gonçalves, a senior analyst and energy economist at the company, who noted that “without further sanctions relief, we expect Venezuela’s production gains in 2023 will be limited”.

“With regards to the output from Chevron’s four Venezuelan joint ventures over the next months, growth is likely to be minimal, given Chevron has said it is not planning on making any significant investment there in the short term,” he added.

“Even if there are some small synergies - e.g., the new licence allows Chevron to use imported diluent at its Venezuelan JVs, therefore freeing PDVSA to use up Iranian condensate for its other non-Chevron heavy oil ventures - we would highlight the various problems with the country’s ageing storage and offloading infrastructure which have and will most likely to continue hampering any further sustained recovery in Venezuelan oil production and/or exports,” Gonçalves said.

“Therefore, we could see a potential boost to Venezuela’s output, but by just 50,000 barrels per day by 1H 2023 and not much thereafter,” Gonçalves added.

Offering his opinion, Vikas Dwivedi, a Global Oil & Gas Strategist at Macquarie Group, told Rigzone that Venezuela is unlikely to make a “significant” comeback in 2023.

“The political gap is still too large for a full normalization of Venezuela’s ability to export their full volumes,” Dwivedi said.

“Even more importantly, the mechanical gap is probably even larger as the Venezuelan oil industry would need significant upgrades and repairs to ramp up production. Finally, if the oil market remains oversupplied for most of 2023 as we expect, the U.S. and other countries will be less motivated to work with Venezuela to increase their oil production,” Dwivedi added.

Macquarie Group told Rigzone that it is expecting a modest production increase from Venezuela this year – “on the order of a ~75,000 barrel per day increase for the full-year, rising through the year”.

Paul Horsnell, the head of commodities research at Standard Chartered Bank, told Rigzone that he thinks any output comeback for the country will likely be limited.

“Were sanctions to be significantly eased immediately, [it] would put the potential upside this year at 250-300,000 barrels per day, i.e. taking crude output to 900-950,000 barrels per day. That comes from fixing some of the immediate and most obvious problems and easing a few bottlenecks,” Horsnell said.

“Beyond that, the timescale for a return to, say, two million barrels per day is likely to be long, perhaps three to five years, and returning to the three million barrel per day of crude oil hit in the late-90s is completely off the table with the current structure of the industry and petroleum laws,” he added.

Horsnell noted that, in the mid-1990s, PdVSA talked of getting to five million barrels per day.

“The trouble was that they tried to get there by de facto operating independently of the Venezuelan government, and they provoked the rest of OPEC into a price war that was not called off until well after the Acción Democrática government had been voted out and President Chavez voted in,” he said.

“The scope for such aggressive production planning to happen again is considerably less now, but Venezuela’s experience is perhaps an object lesson in the dangers of a national oil company acting as a state within a state, and it explains why the regulatory re-opening of the Venezuelan oil sector will likely be fairly cautious regardless of who is in power,” Horsnell added.