Will Shell's Permian Assets Be Repurposed? 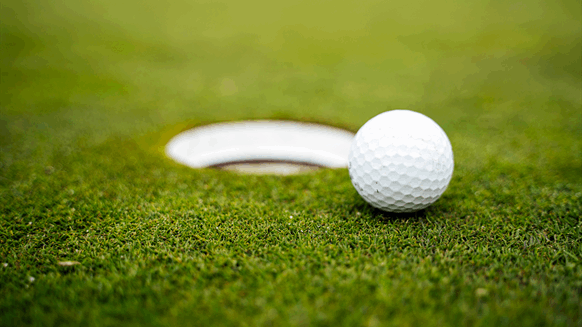 Rigzone panelists look back at oil and gas market hits and misses for the week ending June 18, 2021.

Earlier this week, Reuters reported that Shell (NYSE: RDS.A) is considering selling assets in the Permian Basin. Although Shell declined comment on the matter, a Bloomberg article about the report observes the prospect of divesting acreage in the largest U.S. oil field reflects mounting pressure on Shell to cut carbon dioxide emissions. In this installment of oil and gas market hits and misses, a member of Rigzone’s panel of prognosticators considers how a Shell Permian sale would actually lower emissions. Read on for his ideas as well as other panelists’ insights on recent market developments.

Tom McNulty, Houston-based Principal and Energy Practice leader with Valuescope, Inc.: Per the U.S. Energy Information Administration (EIA), which likely gets their data from Baker Hughes (NYSE: BKR), as of June 8, the active rig count in the United States had risen to 461, and 96 of them are natural gas rigs. It will keep rising because producers here in most or all the basins can and will make good money at these oil and gas price levels. Plus, they have fixed their balance sheets and caused the oilfield services suppliers to be very cost-effective as well.

Samuel Indyk, Senior Analyst at uk.Investing.com: The demand picture is showing continued signs of improvement, not only in the U.S. but in parts of Asia, too. The EIA’s weekly data saw refinery utilization rates rise 1.3 percentage points to 92.6% of total capacity, signaling an improving demand outlook. The picture was similar in India, with gasoline sales increasing 13% in the first two weeks of June compared to the same period in May as the country recovers from one of the worst Covid breakouts since the pandemic began.

John Stilwell, Principal-in-Charge, Energy – Power and Utilities, Grant Thornton LLP: Oil prices rose again on June 14th in a continuation of three straight weeks of gains. This concurs with the increase in the economic openings, summer travel, progress on vaccinations, and a general supply constraint. Goldman Sachs (NYSE: GS) forecasted Brent to rise to $80 per barrel this summer as the economic recovery continues to accelerate. Oil rigs in operation rose again to mark the highest increase since April 2020, according to Baker Hughes’ weekly report. These signs all point to a strong foundation for the industry and the ability of markets to blunt future negative external impacts.

Mark Le Dain, vice president of strategy with the oil and gas data firm Validere: A good example of how important natural gas is for the global energy mix is to see Nord Stream 2 just as viable after a week of political meetings. European natural gas stocks are low after a cold winter, and they need supply to avoid a crisis this coming winter. Coal usage has already been ramping up in response and coal imports to Europe are stabilizing after a long-term downtrend. The gas is simply needed for base load power security, even to reduce emissions vs. coal.

Stilwell: Optimism in the market continues to be widespread and diverse. In addition to Goldman Sachs, Bank of America (NYSE: BAC) and Citibank (NYSE: C) all forecast pricing increases with some analysts even predicting $100 per barrel in 2022. With the IEA calling on an increase production, the primary unknown will be OPEC+ decision in the coming months. The positive outlook for producers with prices and demand rising could impact current developments around climate change agreements.

Indyk: The Federal Reserve’s meeting on Wednesday gave a lift to the U.S. dollar and weighed somewhat on oil prices. The central bank was arguably more hawkish than some had expected as they brought forward their view for the first post-pandemic interest rate hike. The decision sent the dollar near two-month highs, making oil more expensive in other currencies, which could potentially weigh on demand going forward.

McNulty: Shell is holding a garage sale, or perhaps it is an estate sale, due to a Dutch court’s ruling on carbon reductions. It might sell its 260,000 acres in the Permian Basin, as an example. I think there will be plenty of interest. But I do not see how that will lower carbon emissions, unless the buyer of Shell’s Permian assets turns them into wind and solar assets – if that is even possible. Or maybe golf courses?