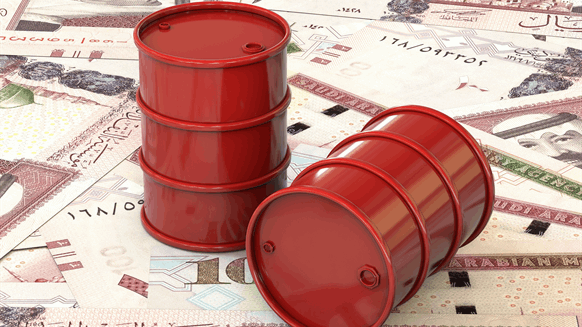 Entering the international financial markets will have a direct effect on how the Kingdom's overall revenue-generating capacity is assessed.

Saudi Aramco, the largest oil company in the world, will soon be entering its first-ever bond issue. The oil giant, also on its way to becoming the world’s largest downstream giant after its recent acquisition of Saudi Basic Industries Corp. (SABIC), will issue a $10-billion bond to support the financing of the SABIC deal. Some analysts expected that Aramco would be paying for the acquisition out of its own cash, but current financial markets are much more attractive.

Meetings are underway this week to draw interest from institutional investors and pension funds to buy into the bond. Aramco’s international financial markets entrance will also inject billions of dollars into the coffers of Saudi sovereign wealth fund PIF, the current 70 percent stakeholder of SABIC.

The underlying reasoning behind the international bond issue is clear, as interest is there, and costs are manageable. Until now, Aramco has only issued local bonds, but the inclusion of Saudi Arabia into the Financial Times Stock Exchange Group (FTSE) and MSCI emerging markets indexes has increased investor appetite. Overall, expectations are high, as even some institutional investors on the Saudi Stock Exchange have been selling off some of their Saudi sovereign paper to take part in the Aramco securities.

However, within Aramco, and some government offices, there could be a potential fear of the unknown. Until now, Aramco has never published its full financial figures, as this wasn’t necessary. Internal auditing and financial reporting were done at the behest of the Saudi Kingdom, and no additional outsiders were privy to the information. By entering the international financial markets, Aramco will need to present and publish its full financial reports, giving insight into one the world’s most private operating oil and gas companies.

This will have direct implications for the assessments of the Kingdom’s overall revenue-generating capacity. Aramco, even after the start of the economic diversification program of Saudi Crown Prince Mohammed bin Salman, is still the main revenue generator for the Kingdom.  The intricate financial and political relationship between the Saudi Royal Family, Ministry of Energy and Aramco will now become partly visible to the to the public.

For analysts, the next few weeks could be frenzied, thanks to additional access to all the data. For Saudi Arabia however, several (geo-) political issues could be at stake. Allowing this view into its internal economic-financial fabric, with direct links to the Oil Kingdom’s treasure, could end up being a plus for investors or creating a major dent in confidence.

Aramco’s current “open sesame” approach to get access to global financial markets could essentially be akin to opening Pandora’s Box. At any rate, institutional investors and pension funds will certainly be keeping a wary eye on all the emerging figures, as there is still a direct link to the long-delayed IPO issue. Treasures sometimes disappoint when doors are opened.