Why Some Asian NOCs are Sticking to Spending Plans 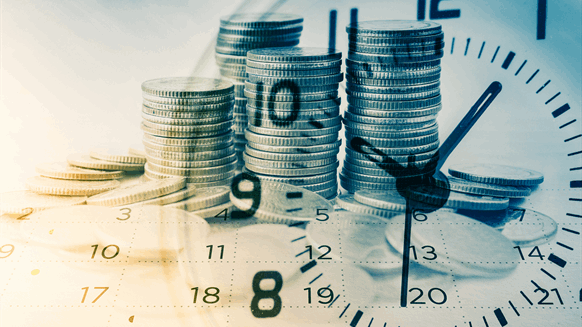 Some Asian national oil companies are sticking to their spending plans despite the falls in price and demand.

The collapse in oil prices has hit the industry hard, and most oil and gas companies around the world are slashing upstream budgets this year. However, some companies plan to continue spending as before, helped by national energy security priorities and integrated business models, as well as controlled retail prices and/or careful hedging – providing some bright spots for the industry. These include a number of national oil companies in Asia, such as PTTEP/PTT and Pertamina. Both their host countries expect demand to rise over coming years, and, as net importers, still see oil as a key strategic resource, so they are less influenced by price signals from the market. There may even be some enhanced spending as a result of stimulus policies in the wake of the Covid-19 outbreak.

Thailand’s upstream arm, PTTEP (majority owned by state-PTT), is protected from the downturn because of low production costs and high liquidity, according to its president and chief executive, Phongsthorn Thavisin. He told the Bangkok Times in mid-April that PTTEP would still move forward with its business plan for 2020, despite a lengthy virus-related lockdown in Thailand, although the company is also ready to be “flexible” with investment plans. PTTEP has allocated $4.61 billion for 2020 business objectives, with the focus very much on assets in or near Thailand.

Crude oil sales, which represent about a third of the company’s sales revenue, will be directly affected by the low oil prices, “but the average sales price could partially hedge crude prices in place”, given that a significant portion of crude sales are hedged. Phongsthorn said he expected the pandemic and the global oil price collapse to reduce PTTEP's 2020 sales volume by less than five percent this year, from earlier estimates of 388,000 barrels per day (bpd). And in the case of gas supply, which makes up the largest portion of sales, deals are largely on a fixed-price basis to domestic consumers, with predefined volume terms - so the company does not expect much impact on revenue here, and expects to deliver 1.5 bnf3/d this year as planned. However, Phongsthorn added that if the current situation is prolonged, then revenue will start to suffer and PTTEP may need to consider revising its investment plans later this year, which could include postponing drilling plans for selected projects.

Also in southeast Asia, domestic price controls are helping shelter Indonesia’s national oil company, Pertamina, and its recently-expanded investment plans for 2020 have yet to change. Indonesia’s President Joko Widodo, who was re-elected to a second term last year, hopes that Pertamina can raise investment and output to cut crude oil imports and prevent further deterioration of the country’s trade and current account deficits. Pertamina has a budget of $7.8 billion this year for business development, up 84 percent over 2019. Of this, upstream spending is budgeted at $3.7 billion, as part of a plan to increase oil output to one million bpd, according to CEO, Nicke Widwayati, speaking in mid-March. The company is aiming to drill 411 wells this year, an increase of 17 percent compared with 2019, although this is partly due to the departure of Total from Indonesia, whose assets Pertamina has now taken over.

Pertamina also increased its 2020 oil and gas production target in early March to 923 million barrels of oil equivalent per day (boepd), from a 2019 estimate of 906 million boepd, despite the spreading virus. While Indonesia is still a net gas exporter, much of the gas produced is sold at home, where prices are fixed at around $5-6/million Btu for power generation and industry. This is currently more attractive than in the international market, where spot prices are $3/million Btu and crude-linked term levels not much higher.

Downstream, there are also some bright spots in Asia, not least in China, where Wood MacKenzie expects oil demand to rebound in Q2 to 13 million bpd - down just 2.5 percent year-on-year, with reports of “revenge driving” as consumers travel more extensively after suffering in lockdown. Once storage gains are included (which are expected to amount to two million bpd this year as Chinese buyers take advantage of low prices), total demand and imports could still rise this year: In March China imported a total of 41.1mn t, up from 39.33mn t in 2019 – a 4.5 percent rise; and for Q1 the rise was five percent, up from 121.16mnt in Q1 2019 to 127.19mn t this year. Chinese gas demand is even firmer, with March LNG imports up by four percent over 2019 levels. And in early May, Wood Mac said it expected China’s LNG imports to reach 14.2mn t in Q2, up six percent over Q2 2019.

Jeremy Bowden is a freelance journalist, writer and editor, specialising in the energy sector, although he also writes on health, parenting, economics, finance and the auto industry. He serves a variety of clients across the world, with work ranging from features and interviews, to in-depth reports and public relations material. To contact the author, email jeremy@tellingsense.com.


MORE FROM THIS AUTHOR
Jeremy Bowden