Who Leads the World's E&Ps in Production Growth? 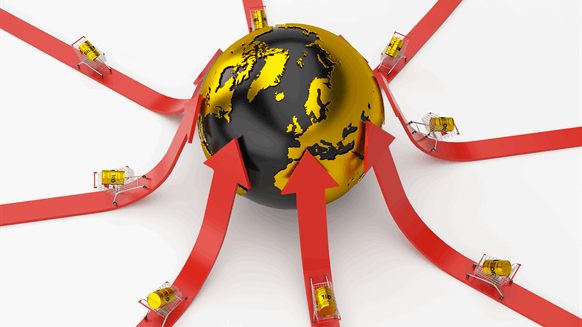 Rystad Energy ranks the world's E&Ps according to their production growth over the last five years.

The world’s exploration and production (E&P) companies use their production growth to leverage the attractiveness of their portfolios to investors.

But who’s leading the pack among E&Ps?

Energy research firm Rystad Energy analyzed the production of and ranked all global E&Ps according to their production growth from 2014 through 2018.

“Gazprom, the clear leader in production growth, is the only company with a total growth of more than 1 million barrels of oil equivalent per day (boepd) over the last five years,” said Espen Erlingsen, Rystad’s head of upstream research. “The growth comes primarily from conventional assets, with gas being the key contributor to the spectacular development.”

Erlingsen noted that majors and shale companies were some of the fastest-growing during the time period and that trend is expected to continue.

Rystad’s analysis is based on organic and inorganic growth and calculations using the company’s equity across its upstream assets. National oil companies (NOCs) were excluded.