When Will the OPEC+ Alliance Cease? 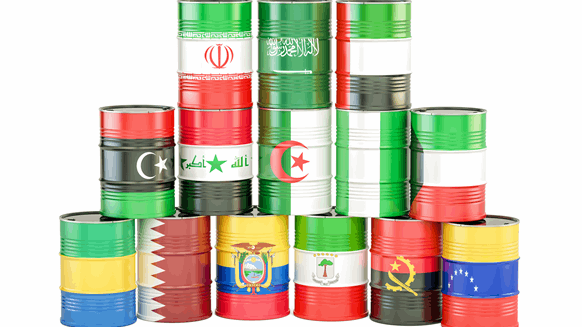 Industry experts give their views on the longevity of the OPEC+ alliance.

The OPEC+ alliance is not likely to cease in the near future.

That’s what Apex Consulting Ltd. believes, according to the company’s director Muktadir Ur Rahman.

The Apex Consulting representative conceded, however, “there is always the risk” that the alliance will break up and highlighted four scenarios which may potentially cause the group’s demise. The first of these scenarios focuses on rising U.S. shale production.

“The response of … U.S. shale continues to blunt the impact of any production cut agreement implemented by this alliance,” Rahman told Rigzone.

“This essentially means that the OPEC+ alliance would have to play a very active role in order to maintain prices within the alliance’s preferred range and some of the members may become tired of having to cut production regularly and for a prolonged period of time,” he added.

“They may find (or believe) it more beneficial for them to be outside this alliance than being part of it. If more and more members view this to be the case, then the alliance may cease to exist,” Rahman continued.

The Apex Consulting director added that caution must be exercised about the likelihood of this scenario materializing soon though.

“This is because, so far, the OPEC+ alliance has navigated various challenges quite successfully, not least the challenge posed by … rising U.S. shale production, which is causing the OPEC+ group [to] make deeper production cuts and over a longer period of time,” Rahman stated.

“Therefore, we do not believe that this scenario is likely to materialize anytime soon,” he added.

“There are concerns surrounding persistently rising oil production in the United States and whether existing cuts by the OPEC+ can be sustained beyond 2019 or deepened,” Kumar told Rigzone.

“There is a real risk that the cartel could significantly lose its market share of exports to the United States if the cuts go beyond this year. Consequently, several member countries participating in the deal would like to have flexibility to reverse cuts next year. Such flexibility will be the key to maintaining the unity of OPEC+,” he added.

Another scenario which may cause the breakup of the OPEC+ alliance concerns the NOPEC bill, according to Rahman.

“Many of the alliance members (if not all) have significant investments in and or business relationships with the United States,” Rahman stated.

“If [the] NOPEC bill passes through the Congress and does not get vetoed by President Trump, then some of the non-OPEC members, and quite possibly, some of the OPEC members too may decide to leave this group in order to protect their commercial interests in the United States and reduce/remove the prospect of getting sued by the U.S. government/consumer groups,” he added.

“This is likely to significantly weaken the alliance, eventually causing this alliance to break up,” Rahman continued.

“If that happens, then the OPEC+ alliance would surely cease to exist, at least in its present form,” he added.

“A temporary and somewhat informal cessation of this alliance may happen if oil prices enter a super-cycle phase that is similar to the one we encountered at the turn of this century,” Rahman said.

“Although rather unlikely given the current global economic climate, if this happens then the alliance would not need to manage the market,” he added.

“Each member can produce as much as it wants, reducing the need to manage and maintain this alliance. As a result, the alliance may cease to play an active role in the market (as it is doing currently), leading to, at least, a temporary and, albeit, an informal cessation of this alliance,” Rahman continued.

The De Facto End of the Current OPEC+ Deal

Verisk Maplecroft expects that Russia and OPEC will begin increasing output by June, according to Daragh McDowell, head of Europe and principal Russia analyst at the company, who said this will mark the “de facto end of the current OPEC+ agreement”.

The Verisk Maplecroft representative added, however, that “some form” of co-ordination mechanism will remain in place “both as a face-saving measure and in case OPEC and Russia decide to implement further cuts in [the] future”.

“We think both Saudi Arabia and Russia are likely to stretch far to reach a compromise; the pact is now in its third year and a sudden end to Russian-Saudi coordination would likely add significant downward pressure on prices,” McDowell told Rigzone.