What to Expect for US Crude Oil Production 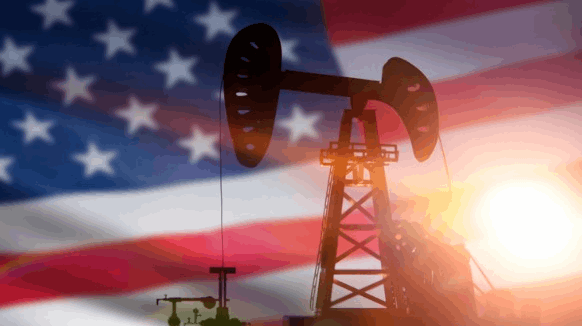 The future for the US oil industry could prove much better than some currently realize.

Through the COVID-19 pandemic and the price war, it has probably been the most difficult and unpredictable four-month stretch in the history of the U.S. oil industry. Looking forward, however, optimism should still remain high. The business is now struggling through and fine tuning to come out stronger on the other side. Consider the following from two of the world’s most important energy voices:

For America’s oil industry, the shale revolution over the past 12 years has been historic. In 2008, for instance, crude oil production stood at just 5 million barrels per day (bpd). And the widespread assumption was that output had peaked way back in 1970 at 9.6 million bpd. Steadily rising though, the U.S. in 2019 yielded a record 12.2 million bpd, a staggering 1.2 million-bpd rise from 2018 alone. This year, at the bottom, U.S. oil firms are estimated to have curtailed 2 million bpd in May after prices and demand plunged. Still, the Energy Information Administration (EIA) now has U.S. crude production averaging 11.6 million bpd for 2020 – the second-highest level ever.

For June, EIA reports that weekly crude production averaged 10.9 million bpd. This is actually much more impressive than initially realized. For example, the weekly oil-directed rig count in June reported by Baker Hughes averaged just 196 – down from the 2019 average of 774. In other words, when compared to 2019, the U.S. oil rig count has collapsed 75 percent but production has fallen just 12 percent.

Indeed, the future for the U.S. oil industry could prove much better than some currently realize. Prices as of mid-July had surpassed the key $40 threshold, versus a less than $17 average for April. Breakeven costs in the Permian basin – which accounts for almost 40 percent of U.S. crude production – holds some of the lowest breakeven prices, around $35. And potentially even much higher prices are on the horizon. Some have oil soaring into the $60 range within two years and maybe even spiking after that.

Low prices and sunken demand have effectively canceled hundreds of billions of dollars in upstream investments. As such, a possible price spike could now be being impeded into the world’s oil supply system as demand returns. In June, JP Morgan claimed that $190 oil by 2025 is possible because the market could be on the cusp of a “supercycle” that sends prices skyrocketing. Restraint will be needed to not overproduce.

Perhaps most importantly, oil producers quietly know that their product will remain in high demand. After all, oil – still the world’s most vital fuel – still has no significant substitute. In June, U.S. oil demand averaged 17.6 million bpd, below the 2019 mark of 20.8 million bpd but well above the 13.8 million-bpd COVID-19 low point in early April. Oil’s dominance is simply overwhelming. Despite much hype, the U.S. today still has less than 2 million electric cars on its roads, compared to more than 260 million that run on oil-based products. Among a variety of other problems, higher costs and infrastructure constraints will continue to limit the ability of electric cars to displace the oil requirement.

BP reports that the U.S. has nearly 65 billion barrels of proven reserves alone, a more than doubling in the shale era since 2008. In turn, regardless of what happens in November, stay bullish on U.S. oil production. The best-case, pre-pandemic production forecasts remain possible. Bolstered by a rapidly expanding export complex that will necessitate development, some had U.S. crude output topping out at 17 million bpd over the next 15 years.