What Happens to McDermott Stock? 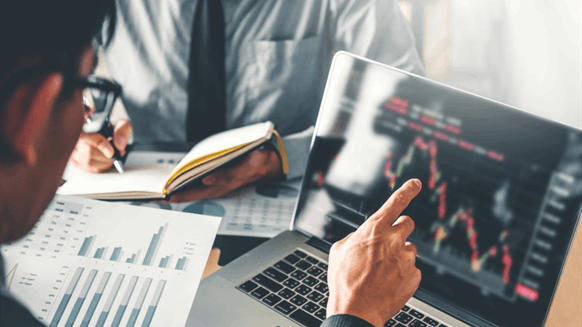 This is what will happen to McDermott stock after the company filed for Chapter 11.

Following McDermott’s delisting from the New York Stock Exchange (NYSE), McDermott shares will continue to trade in the immediate term in the over-the-counter market place but they are proposed to be cancelled as part of McDermott’s restructuring.

That’s according to the company, which announced last month that it had the support of more than two-thirds of all its funded debt creditors for a restructuring transaction that will equitize nearly all the company's funded debt.

The restructuring transaction will be implemented through a prepackaged Chapter 11 process that will be financed by a debtor-in-possession (DIP) financing facility of $2.81 billion, McDermott outlined.

The company revealed last month that it expected to be delisted from the NYSE by the end of January. A new filing posted on the company’s website earlier this month, however, revealed that the NYSE intends to remove the entire class of the common stock of McDermott International, Inc. from listing and registration on the Exchange on February 17.

All of McDermott's businesses are expected to continue to operate as normal for the duration of its restructuring, McDermott has confirmed.

The company has said it expects to continue to pay employee wages and health and welfare benefits, and to pay all suppliers in full. All customer projects are also expected to continue uninterrupted on a global basis, McDermott has outlined.

As part of its restructuring transaction, McDermott has agreed to sell Lummus Technology. Proceeds from this sale are expected to repay the DIP financing, as well as fund emergence costs and provide cash to the balance sheet for long-term liquidity, according to McDermott.

The projects made it difficult to maintain a timely balance between cash received from customers and cash spent on projects, according to McDermott.

RH  |  February 20, 2020
Ridiculous. How can a bunch of senior executives get paid bonuses for running a Company into the ground and destroying shareholder value. And PS don’t blame this on the CB&I acquisition.
LM  |  February 14, 2020
Wondering how the individual stockholders who have been in with Mcdermott for the long term if they lose all investments of common stock. And at the end of the day how does management continue to reap benefits and bonuses taking a company to bankruptcy. Great visions?
Terry  |  February 13, 2020
They should just let them fade-away,deceivers they take advantage of investors and get to start over. I don’t understand this big corporations just say we won’t try easier to claim chapter 11 and start over
Anonymous  |  February 13, 2020
Incompetent leadership chain right up to working level. No ownership at all. They must shut the onshore operations.
Shane  |  February 12, 2020
A 97 year old company, with a range of assets. The have been downturns in the past but this is just complete financial mismanagement by the Board and Executives. These guys need to return their salaries, 401k and give up their houses and bonus for the last 5 years. Then they need to be investigated and probably jailed.
Al Williams  |  February 11, 2020
If McDermott has the right ppl in the right places they would not be in this situation.
TJ  |  February 11, 2020
Sad story. The management and investor relations team of MDR is a band of thieves. They destroyed a great company who is at the epicenter of offshore oil and gas, and left shareholders. They belong in handcuffs.