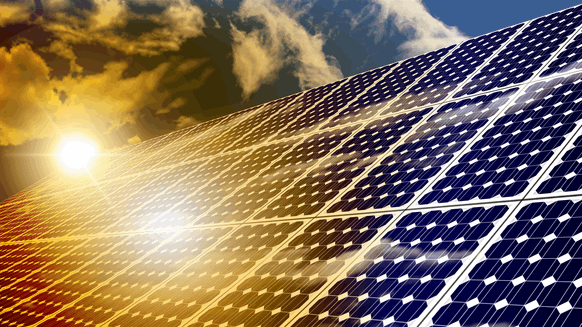 “We are pleased to announce an add-on of solar power to our business plan,” MMEX President and CEO Jack W. Hanks said in a statement emailed to Rigzone. “We have formed MMEX Solar Resources, LLC and filed the trademark to develop a solar power project to potentially supply solar power renewable energy to our refinery projects in Phases 1 and 2.”

As Rigzone reported last December, the first phase of MMEX’s refinery project entails building a 10,000-barrel per day (bpd) crude distillation unit (CDU) and the second phase will involve building the actual 100,000-bpd refinery. According to MMEX’s website, the CDU will produce No. 2 diesel fuel (low-sulfur “on-highway” diesel), naphtha and residual atmospheric tower bottoms (ATB) and should begin commercial operations in mid- to late-2019. Output from the refinery – to be located along the Texas Pacifico Railroad at Sulfur Junction approximately 20 miles northeast of Fort Stockton – will include a “full product slate of transportation spec fuels,” the company’s website states.

MMEX’s refinery will expand the Permian Basin’s approximately 300,000-bpd oil processing capacity by 25 percent. Existing refineries are located in Big Spring and El Paso in Texas and in Artesia, N.M. According to the company, the region needs a facility capable of processing lighter crudes that are abundant in the Permian. Moreover, MMEX told Rigzone in March 2017 that the Pecos County refinery’s rail access will facilitate exports of diesel, gasoline, jet fuels, liquefied petroleum gas and crude oil to western Mexico and South America.

“We already own 126 acres in our site, and with an approximate industry configuration of four acres to build out one megawatt (MW) of solar power, we have ample space to start an initial solar phase,” Hanks stated in Monday’s announcement. “In addition, we have entered into preliminary  discussions to lease additional acreage allowing us to develop an additional 75 MW to 100 MW of solar power.”

Hanks estimated the CDU will need approximately 2 MW of power and the full refinery 35 to 50 MW.

“We believe the remainder of the power can be sold into the grid,” Hanks said.