Weatherford Expects to File for Chapter 11 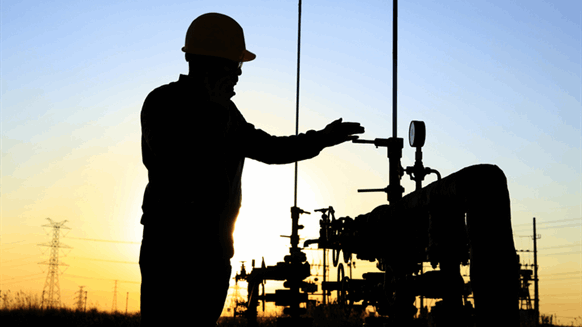 Weatherford executes a restructuring support agreement with a group of its senior noteholders.

Weatherford International plc has announced that it has executed a restructuring support agreement with a group of its senior noteholders that collectively holds, or controls, approximately 62 percent of the company's senior unsecured notes.

The oilfield service business expects to implement the restructuring agreement through a "pre-packaged" Chapter 11 process and expects to file U.S. chapter 11 and Irish examinership proceedings. As part of this process, Weatherford said it intends to continue engaging in discussions with, and begin soliciting votes from, its creditors in connection with a proposed plan of reorganization prior to filing.

The company said the restructuring agreement contemplates the company will continue operating its businesses and facilities without disruption to its customers, vendors, partners or employees and that all trade claims against the company will be paid in full in the ordinary course of business.

"During the past year, we have been executing a company-wide transformation to fundamentally improve the way we operate our business and to strengthen Weatherford for the long run," Mark A. McCollum, president and CEO of Weatherford, said in a company statement.

"Despite the challenging market dynamics our industry continues to face, we believe that our transformation strategy, which is designed to improve our execution capabilities, lower our cost structure and create efficiency to allow us to better price our products and services, will position Weatherford for long-term success,” he added.

“However, we still face a high level of debt that affects our ability to make investments in our company and implement further elements of our transformation plan. We are pleased that our noteholders recognize the long-term value Weatherford can create with an improved balance sheet as we work to achieve the full potential of our business transformation,” McCollum continued.

Weatherford expects the new capital structure will allow it to continue to capitalize on its momentum and build a “truly integrated service company with sustainable profitability and long-term growth potential,” according to McCollum.

Weatherford describes itself as one of the largest multinational oilfield service companies. The business, which employs around 26,000 people, operates in over 80 countries and has a network of approximately 650 locations.

Koshy Samuel  |  May 19, 2019
There should have been something seriously going wrong inside the company at all levels and this was prudent since many years since downturn and now is become very clear that leading great companies should be done with great and smart management teams..
HAS  |  May 19, 2019
Agree to some extent but Weatherford does have some positives to them yet I still feel that they are very much on a rental side of the business. They trained me and I owe them so I wish them all the best
David Markham  |  May 13, 2019
This is typical of Weatherford. Quite a few of their mid-level and upper management have a constant "Brain Fog". I speak from experience. I once had a Regional Manager if I thought it a good idea to pursue a monopoly in one product line. As I stood dumb-founded (ie. perplexed), I told him that I thought that was what I was being paid for. Many of the individuals I met had an ego attitude that overshadowed what was best for the company. In other words, there is no "I" in teamwork.