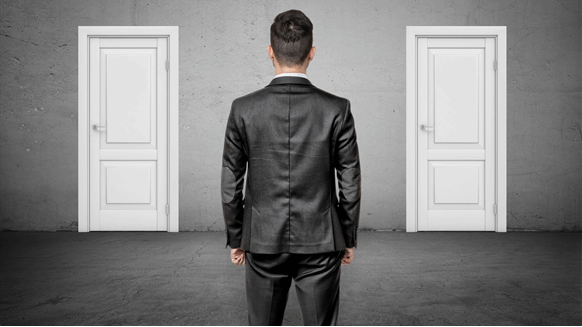 The board has launched a search to find a permanent President and CEO to replace Mark A. McCollum.

Weatherford International has said that Mark A. McCollum, President, Chief Executive Officer and a director, has left the company, effective immediately. His exit was five days ahead of the company’s next scheduled stockholder meeting.

The board has launched a search to find a permanent President and CEO and will work with an executive search firm to assist in the process.

Karl Blanchard was named Executive Vice President and Chief Operating Officer in August 2017. He previously served as the Chief Operating Officer for Seventy Seven Energy where he was responsible for the drilling, hydraulic fracturing, and rental tool business units, as well as key support functions. Prior to Seventy Seven Energy, Blanchard spent more than 30 years at Halliburton.

"Weatherford delivered materially improved performance this year until the onset of the COVID-19 pandemic and actions by certain oil producing nations created unprecedented uncertainty in the energy and other markets. We will continue to focus our efforts on reducing costs and managing liquidity in the face of this challenging business environment," said Thomas Bates, Jr., board chairman. "Karl and Christian have demonstrated that they have the experience and ability to assume these expanded responsibilities. We are confident in their leadership of the company during this interim period as we conduct the search for a Chief Executive Officer."

Operating in more than 80 countries, the company has a global talent network of approximately 20,000 team members and 600 locations, which include service, research and development, training, and manufacturing facilities.

George Andrews  |  June 18, 2020
Mark failed in his BHI and HAL acquisition deal, as CFO at HAL. WFT hires him as CEO??? Without a new management team investors are wasting their money again going for Chapter 22. A company lacking corporate governance is a money pit.
Salim Ayaad  |  June 17, 2020
After 20 yrs in SLB I joined WFT as a regional Manager, coming into a fraternity of corruption, I saw huge inventories of useless items.They were also putting millions into this Magnus tool that was not suitable for 70% of the market.
Milke  |  June 17, 2020
As a senior executive inside Weatherford, I can say Weatherford has a huge potential, but its managers lack competence, vision and discipline. Corruption is deeply rooted, greed has over come them as they are the most paid in the industry and always push to get more when they don't deliver.
Mark middleton  |  June 15, 2020
When Weatherford started it was one call years ago to a company accepted as good casing crews in the North Sea and prior to that land ops around the globe. Instead of taking care of a great biz they wanted to be all things to all men in the Oil Biz. Total mismanagement even took them into running rig ops, talk about crossed up biz interests. Companies should stick to what they do best instead of being driven by greedy board and investor shareholders PERIOD
Didier Le Hech  |  June 12, 2020
Weathetford needs at last a real CEO who thinks out of the box. Five years ago the company could go through the crisis if managers just looked at the future and not a the present only.
Ian Moir  |  June 12, 2020
They need to get people in place who want to save Weatherford from demise because of past acquisitions and stupid decisions at board level
Levin Barrios  |  June 11, 2020
Well done, He deserved
Dave Occleston  |  June 10, 2020
Rats have the foresight to escape a sinking ship.
Robert Hatfield  |  June 10, 2020
He or leadership team knew the board would be wanting him gone. Entirely too much ex Halliburton running the show and not very well. No sympathy from me, got laid off in April from them.
Michael Piper  |  June 09, 2020
McColloum leaving is about what I figured would happen. He did a terrible job as CEO and mislead shareholders before taking the company into bankruptcy. The board should have fired him years ago.
Gary Mueller  |  June 09, 2020
They were in deep trouble before this Covid 19 breakout. That’s not the reason. Poor management from the board down.
RELATED COMPANIES
Company: Weatherford International more info