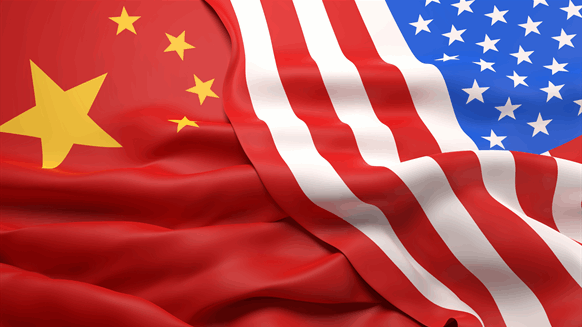 The deal marks the first LNG supply agreement signed by a U.S. exporter with CNOOC.

“Venture Global is pleased to announce the expansion of our footprint in Asia through two new deals to supply the Chinese market with clean, low-cost U.S. LNG,” Mike Sabel, the chief executive officer of Venture Global LNG, said in a company statement.

“China is critical to global climate efforts, and LNG supplied by Venture Global will serve as an important addition to their low carbon energy mix for decades. This new long-term partnership with CNOOC builds on our company’s continued momentum in a very active 2021,” Sabel added in the statement.

Commenting on the deal, Shi Chenggang, the chairman of CNOOC Gas & Power, said, “as China’s largest LNG importer, CNOOC is committed deeply not only to the mission of securing China’s gas supply, but also to the climate goals of building a carbon-neutral China by 2060”.

“We are pleased to announce our long-term LNG cooperation with Venture Global. By signing the SPAs with Venture Global, CNOOC will be able to further improve its ability to meet China’s increasing gas demand, whilst provide solid support for China’s energy transition pathway to build a more ‘beautiful China’,” Chenggang went on to say.

Last month, Venture Global announced the signing of two 20-year SPAs with Sinopec for the supply of a total of four million tons per annum of LNG from its Plaquemines export facility. In addition, UNIPEC, a Sinopec subsidiary, agreed to purchase 3.5 million tons of LNG from Venture Global’s Calcasieu Pass LNG facility for a shorter duration. In a company statement at the time, Venture Global noted that the deal represented the largest single LNG supply deal ever signed by a U.S. company and added that it would double imports of U.S. LNG to China.

Venture Global describes itself as a long-term, low-cost provider of American produced LNG. The company states on its site that its four Louisiana-based export projects service the global demand for North American natural gas and support the long-term development of clean and reliable North American energy supplies.

Earlier this month, Venture Global announced that it would invest more than $10 billion to develop a fourth LNG export facility in the State of Louisiana. The new project, dubbed CP2 LNG, will be located in Cameron Parish, adjacent to the company’s first facility, Calcasieu Pass.