Venezuela Ordered to Pay ConocoPhillips $8.7B 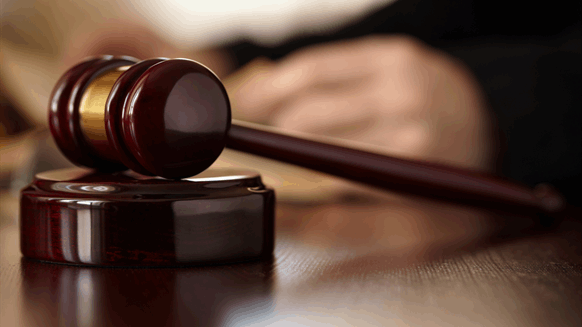 An international arbitration tribunal has unanimously ordered the government of Venezuela to pay ConocoPhillips $8.7 billion.

ConocoPhillips has revealed that an international arbitration tribunal has unanimously ordered the government of Venezuela to pay the company $8.7 billion.

The compensation is for the government’s “unlawful expropriation of ConocoPhillips’ investments in Venezuela in 2007, plus interest,” ConocoPhillips said in a statement posted on its website.

In the statement, the company said the tribunal ruled in 2013 that the expropriation of ConocoPhillips’ “substantial” investments in the Hamaca and Petrozuata heavy crude oil projects and the offshore Corocoro development project “violated international law”.

The timing and manner of compensation collection “remain to be determined,” ConocoPhillips said in the statement.

“We welcome the International Centre for Settlement of Investment Disputes tribunal’s decision, which upholds the principle that governments cannot unlawfully expropriate private investments without paying compensation,” Kelly B. Rose, senior vice president, legal, general counsel and corporate Secretary of ConocoPhillips, said in a statement posted on the company’s website.

In April 2018, in a separate and independent legal action, an international arbitration tribunal, constituted under the rules of the International Chamber of Commerce (ICC), awarded ConocoPhillips approximately $2 billion from Petróleos de Venezuela, S.A. (PDVSA) and two of its subsidiaries.

In August 2018, ConocoPhillips announced that it entered into a settlement agreement with PDVSA to recover the full amount owed under that award. ConocoPhillips also has a pending contractual ICC arbitration against PDVSA related to the Corocoro project.

ConocoPhillips is the world’s largest independent exploration and production company based on production and proved reserves, according to its website.

Headquartered in Houston, Texas, ConocoPhillips has operations and activities in 16 countries. Back in January, the company reported 2018 earnings of $6.3 billion. ConocoPhillips recorded a full-year 2017 net loss of $0.9 billion.

Deepankar Ghosh  |  March 21, 2019
Venezuela does not have regard for its own laws, how can we expect them to respect the international tribunal decision.
Pettifogger  |  March 19, 2019
The question is whether Venezuela owns assets in other countries available for Conoco to execute on. Conoco's arbitration award will be easier to use in foreign countries than a US judgment would be.
KHorn  |  March 19, 2019
Actually PDVSA (which is state owned) and its subsidiaries have billions worth of assets in the US, so collecting will be tiresome, but not impossible
john burhans  |  March 19, 2019
Venezuela exports oil to the US.. It has a controlling interest in Citgo and all its assets. Should be a simple execution procedure to collect 100% plus interest.
Ian Joel  |  March 16, 2019
Are these guys high or what? the country has just gone belly up and they're expecting to get that much money from them, they might manage 8.7 dollars. some people need to get out of their ivory towers and check out the real world
Zoma  |  March 15, 2019
Yeah I can just see Presidential Maduro shaking in his boots and getting his cheque book out....
Hank Fuselier  |  March 13, 2019
i'm sure that check is good...