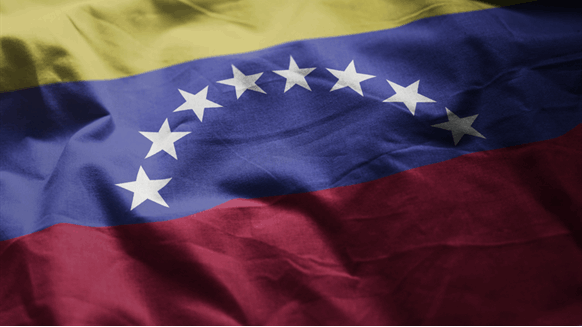 Venezuela could soon be producing close to zero barrels of oil, a new analysis by IHS Markit has revealed.

Venezuela could soon be producing close to zero barrels of oil, a new analysis by IHS Markit has revealed.

The country’s crude oil production is currently between around 100,000 to 200,000 barrels per day (bpd) and falling, according to the company, which highlighted that Venezuela’s output was around 650,000 bpd a year ago and had been as high as two million barrels per day back in 2017.

IHS Markit noted that Venezuela’s production fall is the product of decades of decline and decay but has been exacerbated more recently by the Covid-19 induced oil price collapse of 2020, U.S. sanctions and limited domestic oil storage.

The company, which highlighted that Venezuela is the country with the world’s largest oil reserves, said a restoration of production “somewhere in the future” is always a possibility, but added that the state of Venezuela’s infrastructure, ongoing U.S. sanctions and lower global demand make it “increasingly unlikely”.

“Never before has a former major oil producing country seen output fall so low for so long,” Jim Burkhard, IHS Markit’s vice president and head of oil markets, said in a company statement sent to Rigzone.

“In Venezuela’s case, if there is any surprise it is that the disintegration did not happen faster,” he added in the statement.

“In terms of market impact, if you had to choose a time for the fall of a major global oil producer - a founding member of OPEC, no less - this would be it. There is ample production capacity around the world to satisfy the recovery in world oil demand that has been underway since May,” Burkhard went on to say.

Venezuela is one of the five countries that created the Organization of Petroleum Exporting Countries group back in 1960. The other four countries comprise Iran, Iraq, Kuwait and Saudi Arabia. According to IHS Markit, Venezuela is now the third smallest producer among OPEC’s 13 members, just ahead of Equatorial Guinea and Libya.