That’s what GlobalData said in a statement sent to Rigzone on Friday, which highlighted that TotalEnergies and Equinor had recently divested their respective interests in Petrocedeno to the state-owned Petróleos de Venezuela S.A (PDVSA) company. 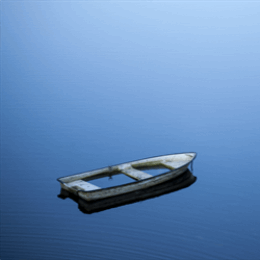 Venezuela's heavy oil project reserves will be left stranded as international players divest their interest, according to GlobalData.

According to GlobalData, this means that due to high risks and the unstable deteriorating economy in the country, international players no longer see an upside in Venezuelan projects. GlobalData noted that with less investments supplied from the private sector, Venezuela will not be able to sustain its oil and gas industry for long, as its own cash resources are “extremely limited”.

“Petrocedeno is a critical project in Venezuela’s portfolio and the largest upgrader in the country with a capacity to process over 200,000 barrels of heavy crude oil per day,” Svetlana Doh, an upstream oil and gas analyst at GlobalData, said in a company statement.

“In the past few years, Venezuela faced severe fuel shortages, and this year, in a desperate attempt to solve this problem, the Petrocedeno upgrader is planned to be re-designed to produce naphta as a feedstock for refineries. This essentially means that refineries in the country are in such a desperate need for renovation or even simple upkeep, that now upgraders have to perform a refining step for them,” Doh added in the statement.

“The conversion of the upgraders could be very challenging, as it would require new equipment, while cash-strapped PDVSA can barely find the funds to conduct an elementary maintenance of its refineries. The continuous drop of crude oil production in Venezuela, which is a main pillar of the country’s economy, combined with sanctions imposed by the U.S. Government, the Covid-19 pandemic, corruption in the government and lack of investment led the country to collapse,” Doh went on to say.

On July 29, TotalEnergies announced that, through its affiliate Total Venezuela, it had decided to transfer its non-operated minority participation of 30.32 percent in Petrocedeno S.A. to Corporation Venezonala de Petróleos (CVP), an affiliate of PDVSA. On the same day, Equinor announced that it and PDVSA had completed a transaction that saw it transfer its 9.67 percent non-operated interest in the Petrocedeno project onshore Venezuela to CVP.

In a company statement at the time, TotalEnergies’ then president of exploration and production, Arnaud Breuillac, said, “TotalEnergies’ strategy, approved by its shareholders in May 2021, aims at focusing new oil investments on low carbon intensity projects, which does not correspond to extra-heavy oil development projects in the Orinoco Belt”. Equinor stated that the transaction supports its corporate strategy to focus its portfolio on international core areas and prioritized geographies where Equinor can leverage its competitive advantages.

In a statement posted on PDVSA’s website on July 30, Nicolás Maduro, the president of the Bolivarian Republic of Venezuela, described CVP’s Petrocedeno purchase as successful and noted that the company’s crude oil upgrader complex was a “super complex valued at over 10 billion dollars”.