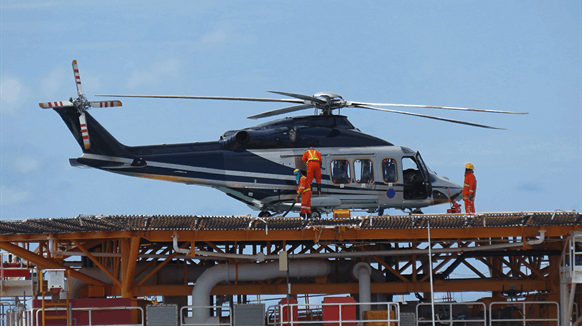 'Searches from the air and sea involving aircraft from HM Maritime and Coastguard Agency, as well as vessels in the area, were conducted through the night'.

On Sunday at approximately 7pm GMT, a Valaris employee was reported missing from the jackup Valaris 121, the company revealed in a statement sent to Rigzone on Monday.

“The safety of all personnel is Valaris’ top priority, and the company’s emergency response procedures were activated immediately after the incident was reported,” the Valaris statement said.

“Searches from the air and sea involving aircraft from HM Maritime and Coastguard Agency, as well as vessels in the area, were conducted through the night. The operation was stood down around 0700hrs today,” the statement added.

The missing employee’s family has been informed of the development, and the company is providing them with support, the Valaris statement noted. The remaining 53 personnel on board have all been accounted for, the statement added. At the time of the incident being reported, the rig was under tow from its last operating location in the UK North Sea to the port of Dundee, UK, according to the statement.

“HM Coastguard’s search and rescue helicopter from Inverness and the fixed wing aircraft were involved in a search for a possible missing person off the east coast of Aberdeen, shortly before 9pm yesterday,” The UK Maritime and Coastguard Agency (MCA) told Rigzone.

“The search was stood down at approximately 6am today,” the MCA added.

A Police Scotland spokesperson told Rigzone, “around 9.20pm on Sunday, 22 January, 2023, officers received a report of a 50-year-old man missing from an oil rig in the North Sea”.

“Police are liaising with partner agencies to establish the full circumstances,” the spokesperson added.