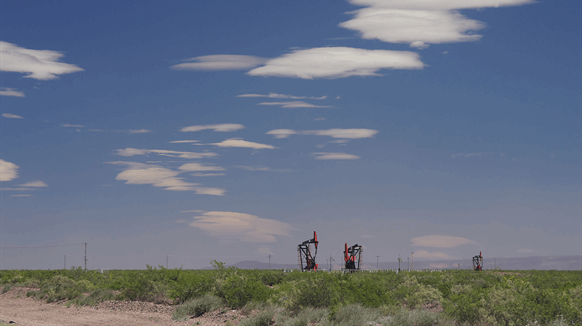 The rush to develop Argentina´s giant Vaca Muerta shale field was already teetering when the Covid-19 pandemic struck in March but tight measures to control the virus, gutting demand, as well as a collapse in oil prices may have finally pushed it over.

President Alberto Fernandez, who took office in December, had been looking to heavy investment in the oil industry to help lift the country of its economic torpor, especially in the giant Vaca Muerta field.

Geologists have compared the field with the U.S. Permian Basin and estimate that it could one day produce one million barrels of oil per day.

But amidst uncertainty over the government’s policies for the sector and ability to repay its record $57 billion bailout from the International Monetary Fund, spending has tumbled.

The number of rigs operating in Neuquén province, home to the largest part of the giant formation, fell from 43 in August to 29 by the end of last year.

Despite the slowdown in investment, however, production has continued to rise. In February, driven by rising output from Vaca Muerta, oil production in Neuquén hit a fourteen-year high of almost 167,000 barrels a day.

But with the country under a strict nationwide lockdown, in force since March 20 and recently extended in major cities until April 26, the oil industry is facing a precipitous collapse in demand.

In a video published late last month, the CEO of state-owned YPF, the country’s largest oil producer and refiner, Daniel Gonzalez, warned that gasoline sales had tumbled as much as 70% while sales of diesel were down 50%.

As a result, the company’s refineries are operating at between 30% and 40% of normal levels. With storage capacity quickly running out, companies are now being forced to cut production as much for logistical as well as economic reasons.

Last week YPF announced it had halved production at its Loma Campana block, its flagship operation on Vaca Muerta, while Vista Oil & Gas, the field’s second largest producer, has closed all eight wells at its Bajada del Palo Oeste block.

The slump in production and investment will have a devastating impact on employment in a sector which last year ministers had touted would generate 500,000 new jobs.

Instead the industry has furloughed around 20,000 workers in recent weeks. Approximately three-quarters were employed by small businesses that cannot afford to keep paying them.

teri green  |  May 06, 2020
Thanks Tom for the article. What are your thoughts that once the pandemic is over that demand will go up? Thanks, Teri, Atlas Biomechanics