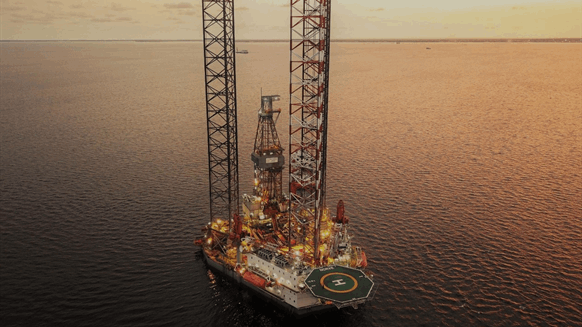 Vaalco Energy has completed the Etame 8H-ST development well, drilled from the Etame platform on the namesake field offshore Gabon.

This well targeted existing Gamba hydrocarbons in the field that have not previously been produced by prior wells. The well was spud in December 2021.

Vaalco said that the Etame 8H-ST well was completed and placed on production with a lateral of 530 feet in high-quality Gamba sands near the top of the reservoir. The well had initial flow rates of approximately 5,000 gross barrels of oil per day (bopd) but has been choked back to about 4,200 bopd for reservoir management purposes.

At the end of December 2021, Vaalco had an unrestricted cash balance of approximately $48.7 million which did not include $22.5 million of proceeds attributable to the December lifting that were collected in January 2022. The company continues to maintain a debt-free balance sheet.

“We brought the Etame 8H-ST well online with very strong initial flow rates at an opportune time, with Brent selling near $90 per barrel. We are preparing to drill the next well in our drilling campaign at Avouma, another development well targeting the Gamba reservoir,” George Maxwell, Vaalco’s CEO, said.

“We continue to generate strong revenue which is allowing us to grow our cash position and fund our capital program with cash on hand and cash from operations,” he added.

It is worth stating that the Etame 8H-ST well was drilled using a Borr rig. Vaalco and the offshore driller entered into a contract for a rig in June 2021. According to the company’s most recent fleet status report, the Norve rig is under contract with Vaalco.