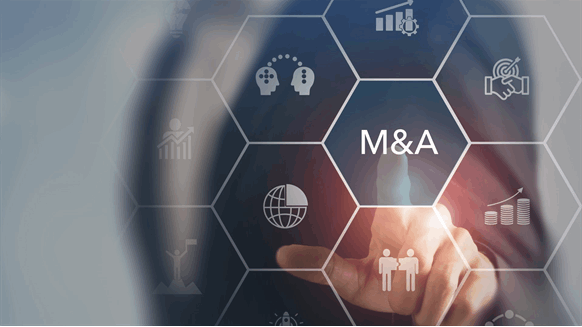 Vaalco Energy has gone through with the stock-for-stock combination with TransGlobe Energy.

VaalcoEnergy has informed that it has closed the strategic combination with TransGlobe Energy Corporation valued at $307 million. The combined company will now trade on the NYSE and LSE under the ticker symbol EGY.

The combination creates a leading African-focused operator with a strong production and reserve base, a diverse portfolio of assets in Gabon, Egypt, Equatorial Guinea, and Canada as well as significant future growth potential. In conjunction with the closing, VAALCO welcomes three new directors to the Board, expanding the Board of Directors to seven directors.

“We are excited to complete this transformational transaction and appreciate the strong support we received from our now unified set of stockholders. The combination is meaningful because it builds a business of scale with a stronger balance sheet and a more diversified baseline of production that will underpin the combined company’s opportunities for success."

"There is significant inherent value within the combined portfolio, which should allow us to generate meaningful cash flow to fund increased stockholder dividends, share buybacks and potential supplemental stockholder returns at a rate that would not have been achievable by either Vaalco or TransGlobe on a standalone basis,” George Maxwell, Vaalco CEO, said.

To remind, after shareholders of both companies gave their vote of approval for the arrangement, Vaalco went through with the acquisition of all the outstanding common shares of TransGlobe in a stock-for-stock combination. Following the merger, Vaalco stockholders now own approximately 54.5 percent and TransGlobe shareholders have a share of approximately 45.5 percent in the combined company.

Maxwell extended his welcome to three new directors, David Cook, Edward LaFehr and Timothy Marchant. Cook was appointed to TransGlobe’s Board of Directors in August 2014 and was elected Chairman of the TransGlobe Board in May 2019. Prior to joining TransGlobe, Cook observed positions at Noreco, INEOS, Dong Oil and Gas, and brings over 30 years of experience to the combined company.

Edward LaFehr was appointed to TransGlobe’s Board of Directors in March 2019. LaFehr was the Chief Executive Officer of Baytex Energy Corporation, a mid-sized oil and gas company based in Calgary, until his retirement in October 2022. LaFehr has 35 years of experience in the oil and gas industry working with Amoco, BP, Talisman, and TAQA.

Timothy Marchant was appointed to TransGlobe’s Board of Directors in March 2020. Marchant has 40 years of oil and gas industry experience in Canada and international locations, with extensive experience in exploration, foreign growth strategies, sustainability, and global operations.