US Upstream M&A Keeps Its Momentum in 3Q 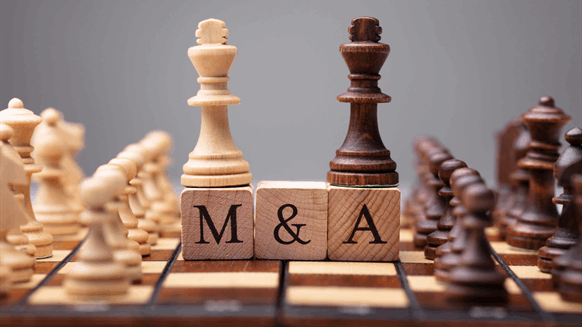 After rebounding in second quarter of 2019, U.S. upstream mergers and acquisitions activity maintained its momentum in third quarter, according to analysis by oil and gas data analytics company, Enverus.

After rebounding in second quarter of 2019, U.S. upstream mergers and acquisitions (M&A) activity maintained its momentum in third quarter, according to analysis released Wednesday by oil and gas data analytics company, Enverus.

“Most public E&Ps are highly limited in access to external capital right now,” Enverus senior M&A analyst Andrew Dittmar stated in an email sent to Rigzone. “Shale companies are turning to deals as another option in the toolbox to bridge the gap to free cash flow and hopefully shift market sentiment back in their favor. In contrast to prior years, where Permian asset deals dominated, we are seeing broad geographic diversity in the current market and a variety of deal types including joint ventures and royalties.”

Enverus identified the top 10 U.S. upstream deals of 3Q. They are:

“There is a broad consensus that corporate consolidation is positive for the industry,” said Dittmar. “While the benefits are there, getting the right deal in place is challenging. Companies that match up on asset fit are needed, as well as a low premium to avoid a buyer selloff. Conversely, targets have to be convinced on the long-term upside since an immediate payoff isn’t evident.”

“We could see other small cap E&Ps with high debt and low share prices take similar buyout offers,” he said.

Enverus analysis predicts that in the fourth quarter of 2019, public companies will remain focused on keeping capital expenditures (CAPEX) in check while maintaining moderate production growth to deliver on free cash flow.

“Investors will likely closely watch as 2020 CAPEX guidance is rolled out to look for any inflation,” according to Enverus. “Current company valuations show a strong investor preference for E&Ps with clean balance sheets and established capital returns from dividends or buybacks versus high growth. That may translate to little appetite for making acquisitions among most independent public E&Ps.”