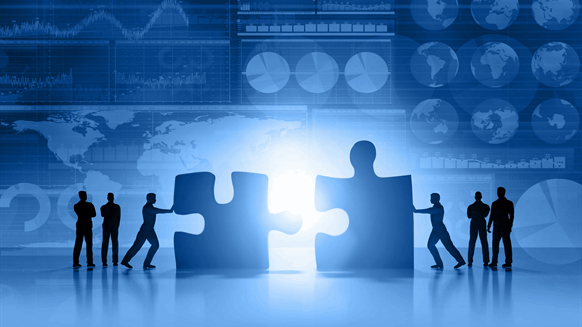 A new report by Drillinginfo reveals $84 billion worth of upstream M&A deals, making it the highest total since 2014.

U.S. upstream M&A deals totaled $84 billion in 2018, marking the highest total since the onset of the oil and gas downturn in 2014, according to data released Jan. 8 from Drillinginfo.

The pace of consolidation amped up in late 2018 with corporate-level deals making up more than 70 percent of the $21 billion deal value in the fourth quarter.

“Investors continue to demand that companies deliver a clear line-of-sight to positive free cash flow,” Drillinginfo M&A analyst Andrew Dittmar, said in a report emailed to Rigzone. “Scale is one piece of the puzzle on how to get there given efficiencies in developing larger acreage blocks, optimizing supply chain logistics to lower costs and G&A [general and administrative expenses] savings. Wall Street no longer supports growth for growth’s sake and is ready to punish buyers who do deals without a clear profit strategy.”

Drillinginfo identified the following as things to look out for regarding U.S. upstream M&A: