US Shale Production on Track to Hit Almost 9 MM Bpd 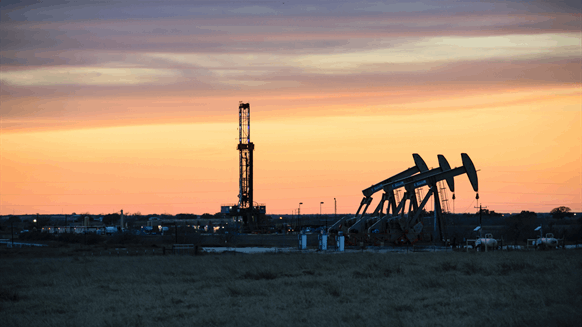 The increase in shale oil production in the US reflects a month on month increase of 58,000 bpd.

Oil production from the seven heavy-hitting U.S. shale plays could reach 8.971 million barrels per day in November, (a month on month increase of 58,000 bpd), according to the Energy Information Administration’s latest Drilling Productivity Report.

Most of the production jump will be thanks to the Permian Basin, which is expected to see a production bump of 63,000 bpd next month. In October the Permian is on track to produce about 4.547 million bpd of crude, quite a bit more than the other six plays. The second and third largest contributors to the increase are the Bakken and Eagle Ford plays. However, month on month production in the Eagle Ford and the Anadarko plays is expected to dip by 12,000 bpd and 13,000 bpd, respectively, eating into the anticipated production growth.

Meanwhile, the agency indicated that the number of drilled but uncompleted (DUC) wells has been dropping across all the key U.S. shale plays. The change from August to September reflected a decline from 7,946 to 7,740, or 206 DUCs. In its Sept. 19 report, the EIA stated that in the oil regions, the estimated DUC count increased during 2017–19, but it peaked in May 2019. However, the DUC count in the gas regions has generally declined since December 2013.

These fluctuating numbers have fueled views that the shale boom may be heading into a forced wind-down. During the first half of this year several shale producers in North America reported dialing back growth projections as they faced a growing number of complex problems that were killing returns and discouraging investors.